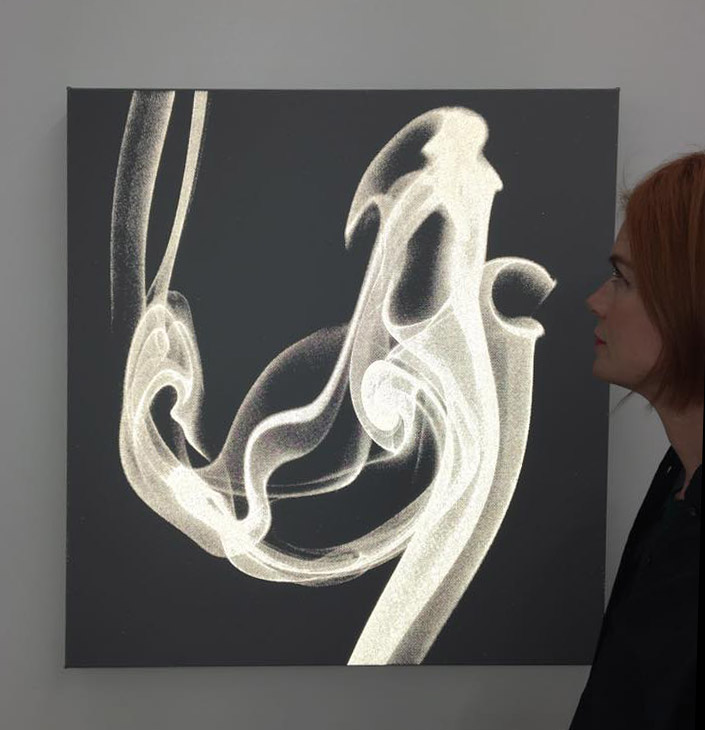 Fred Mann and Tim Hutchinson invites New York-based conceptual artist Erik Hanson to curate the summer show for 2016. This exhibition examines how looking at work by other artists can influence and indeed impact an artist’s practice. Rather than setting out to be an inclusive survey, this is really about the vision and choices of one artist, Erik Hanson and the people he has met and conversed with and the things he has seen that have stayed with him and affected his own work.

Erik Hanson began his career Djing at legendary Minneapolis Punk Rock club “The Longhorn” where he witnessed early sets by the Replacements, Husker Du, Talking Heads, B-52’s and others. He is based in New York and has had his work exhibited in eight solo and numerous group shows around the world, including “Curious Crystals…” at MoMA/PS1 in 2005. His practice has been durational work since his first NYC solo exhibition at Esso in 1997. He has photographed scent & sound and drawn spirals, made flowers, and dripped plaster into stalactites for the duration of songs by David Bowie, Sex Pistols, Pet Shop Boys and Dusty Springfield. Many of his extraordinary pieces bear the titles of the songs they were made to.

Hanson strongly believes it is part of the artist’s job description to spend a lot of time getting out to galleries, going to openings meeting people and ultimately looking…. For this show Hanson has thought about what ethereal events in the New York art world have affected him, including people he’s met and conversations he’s had over the last two years and has selected artworks that reflect this for “ 2 Years of Looking ”, creating his own personal biennial of the events that have shaped him.

Erik Hanson invites you to see the New York art scene though his eyes this summer and to enjoy the many and various things that have affected his thinking and may indeed influence yours.