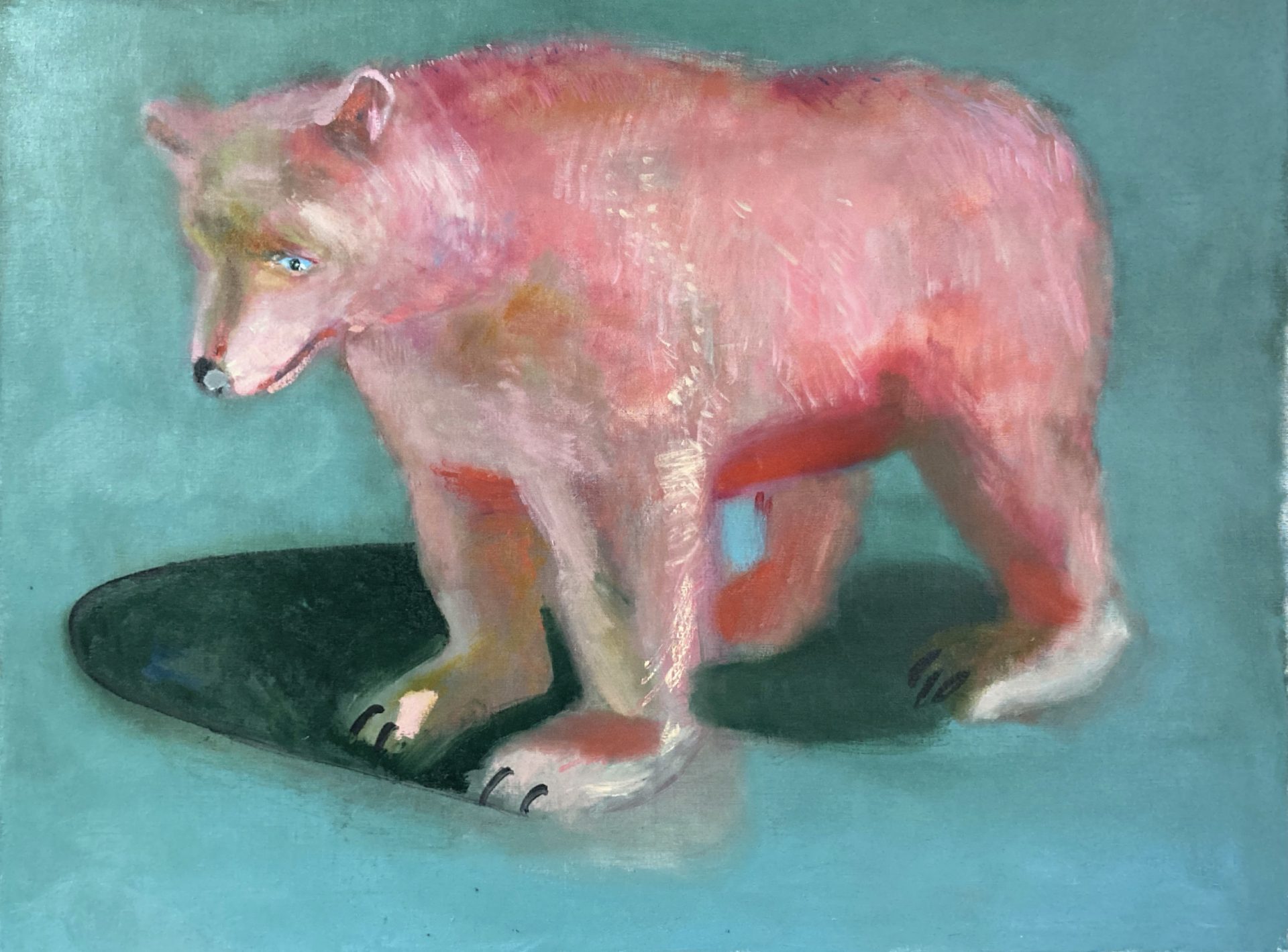 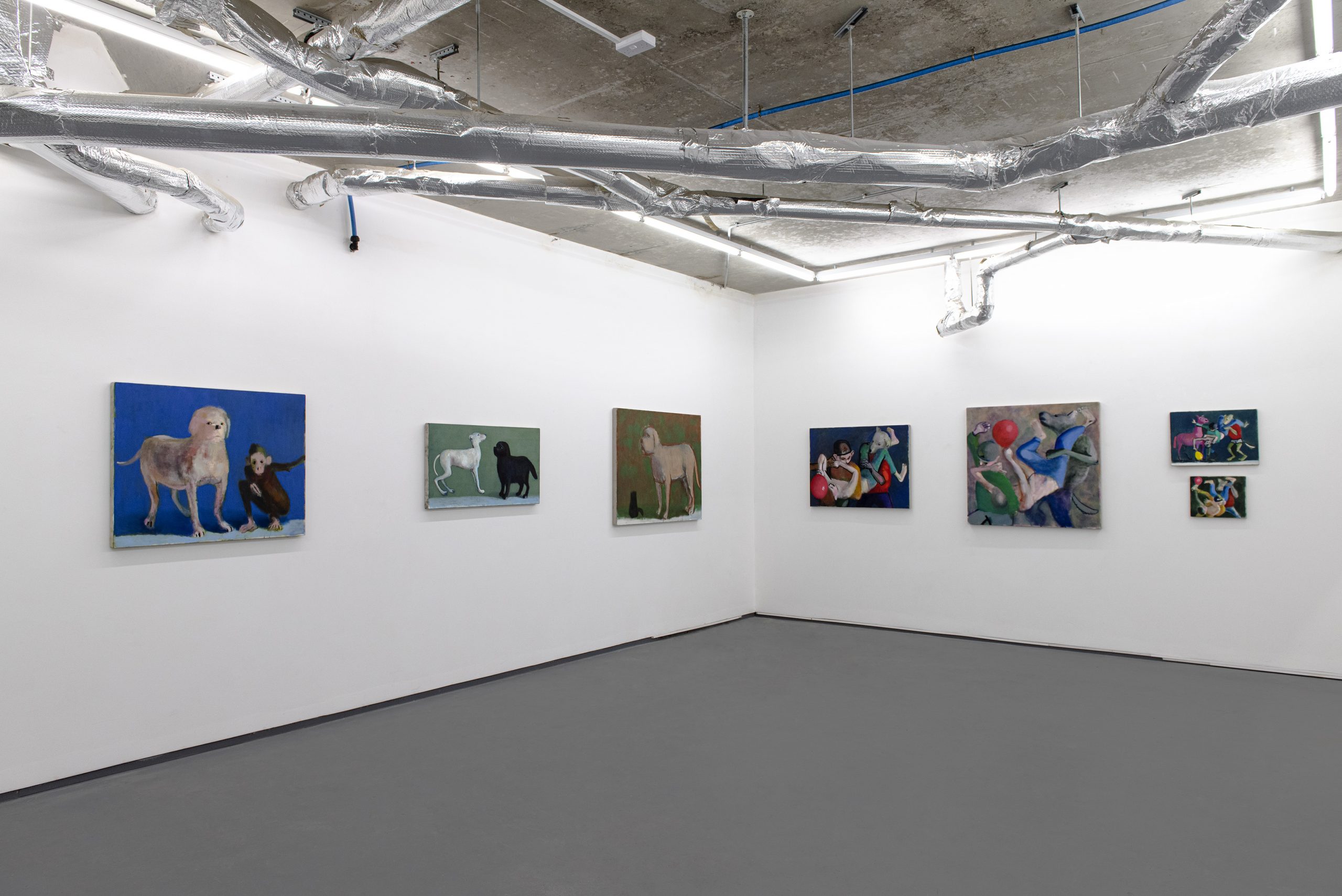 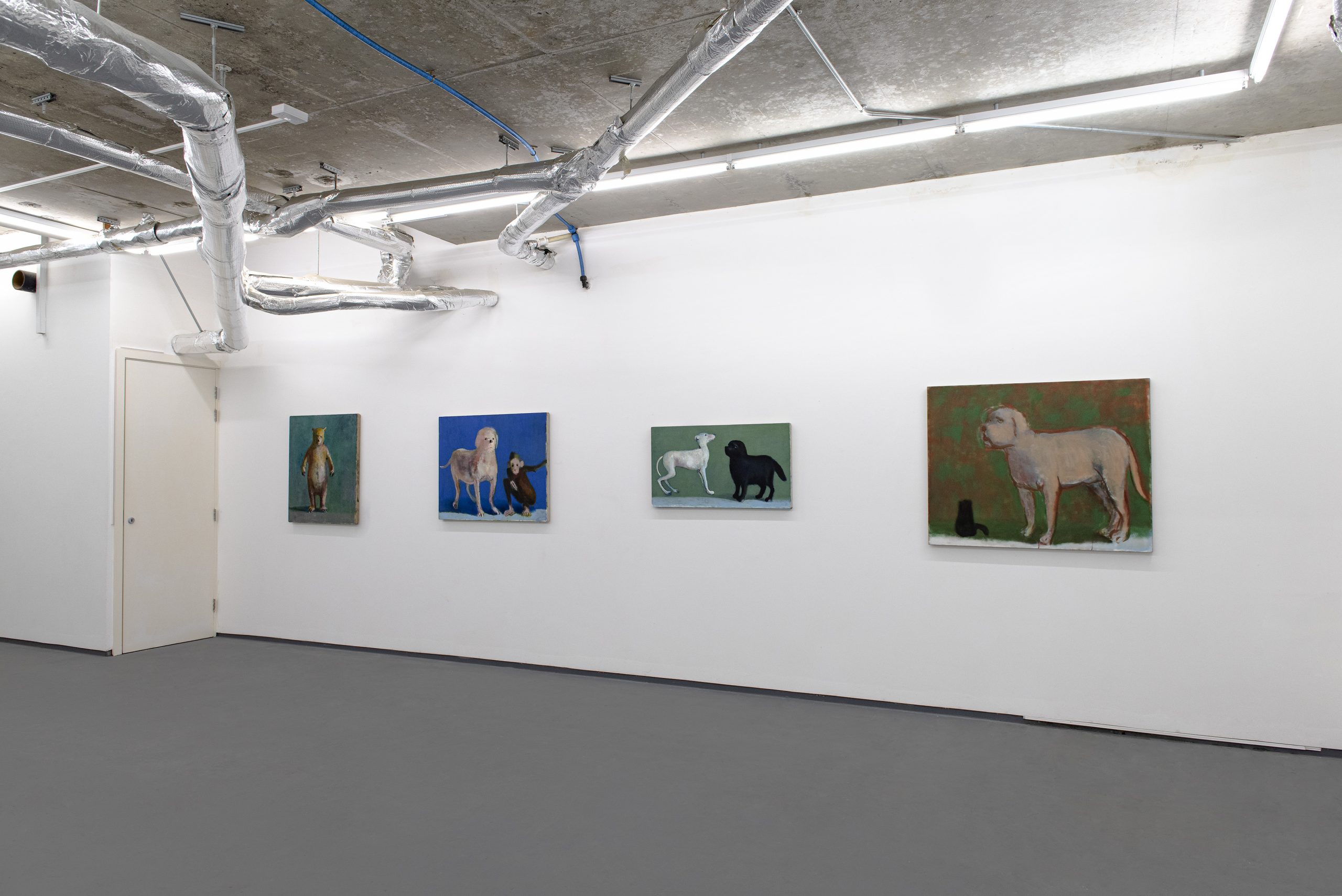 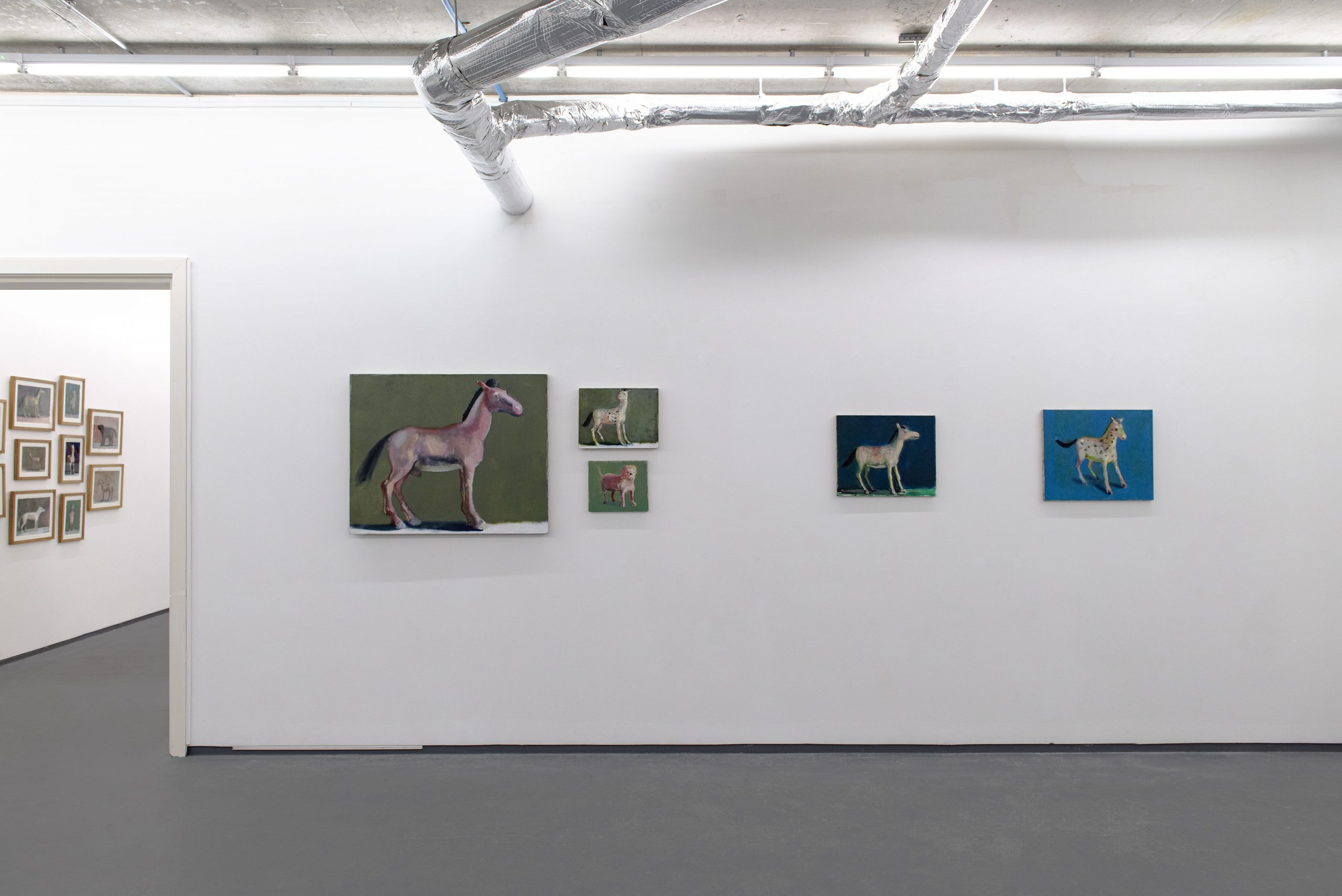 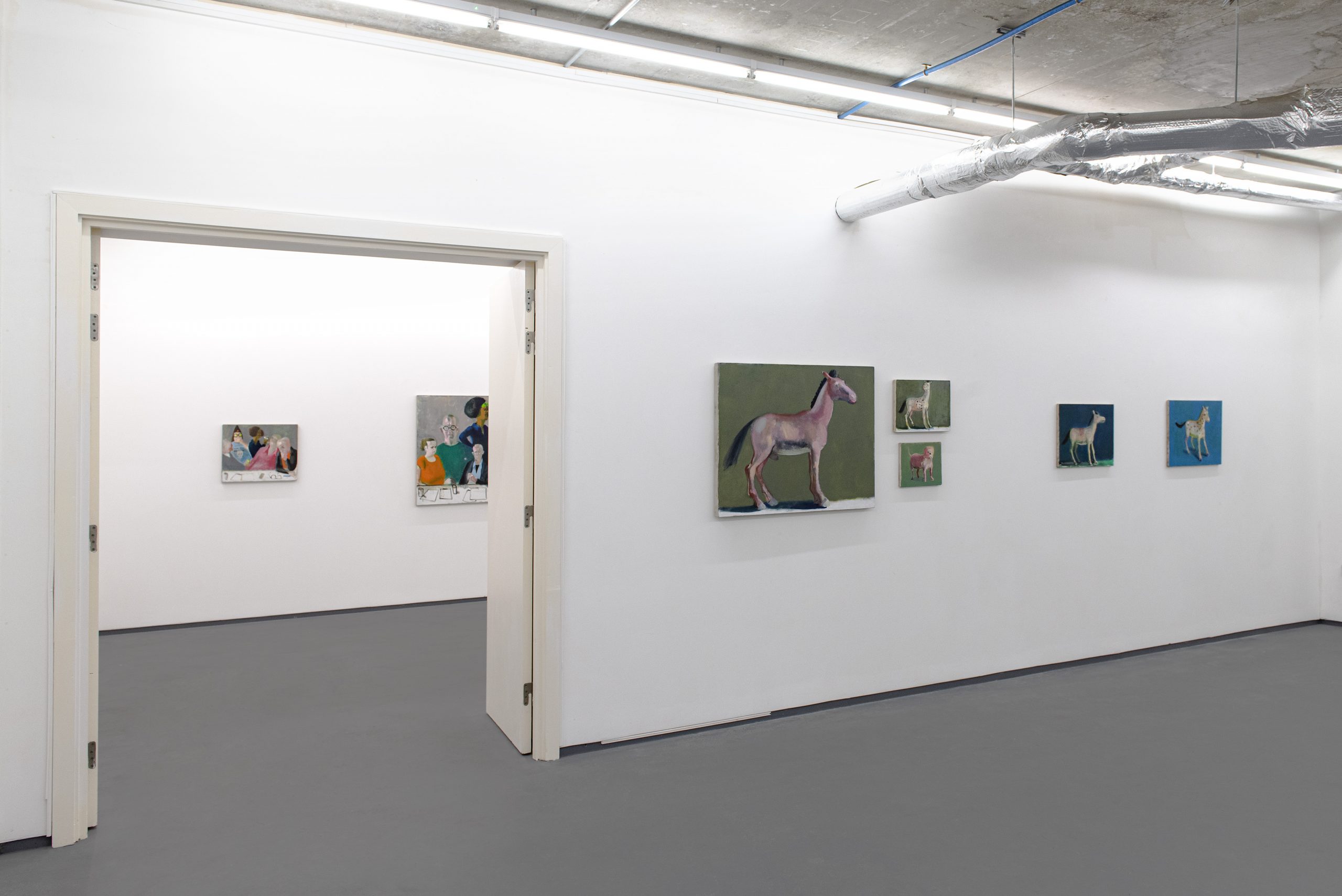 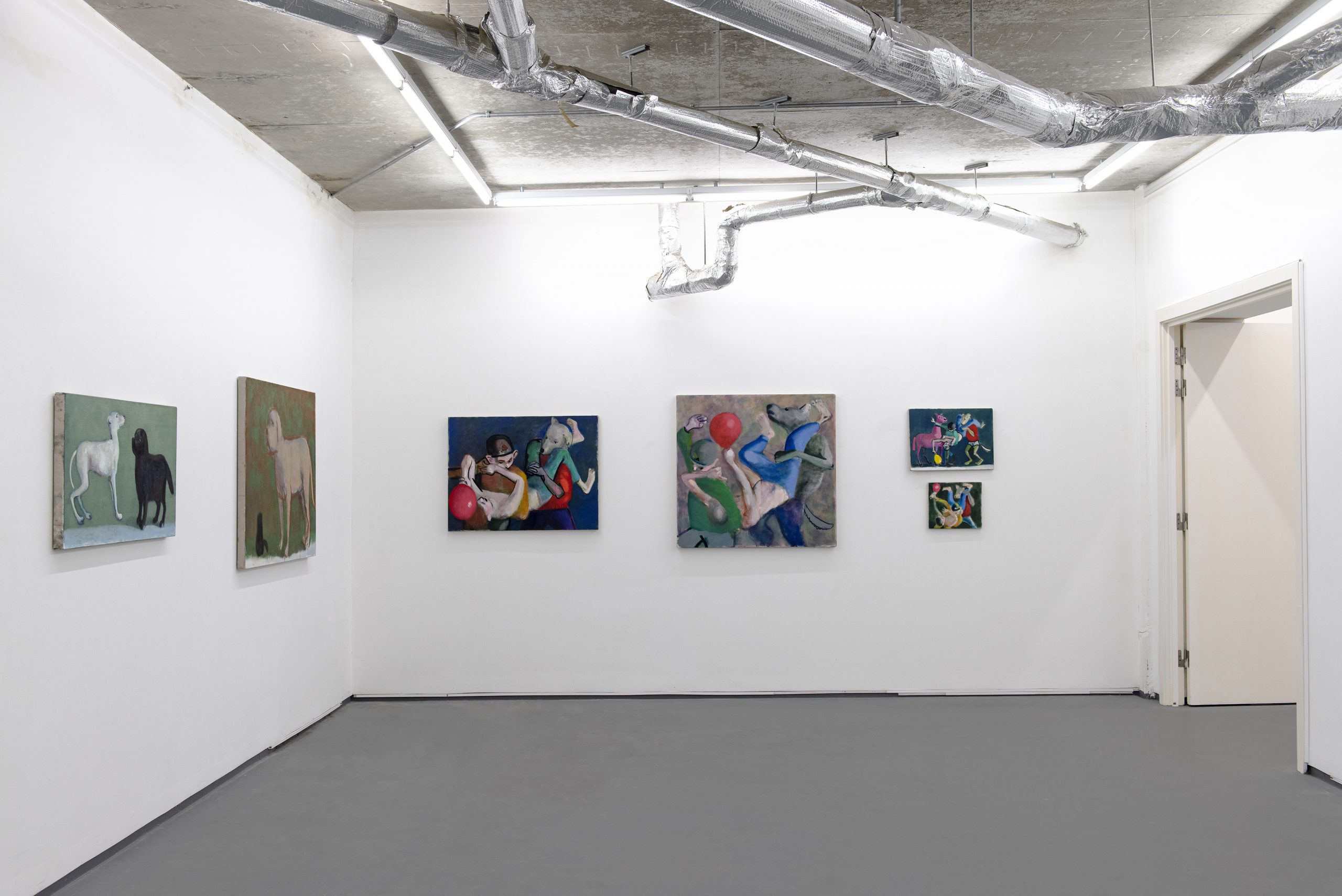 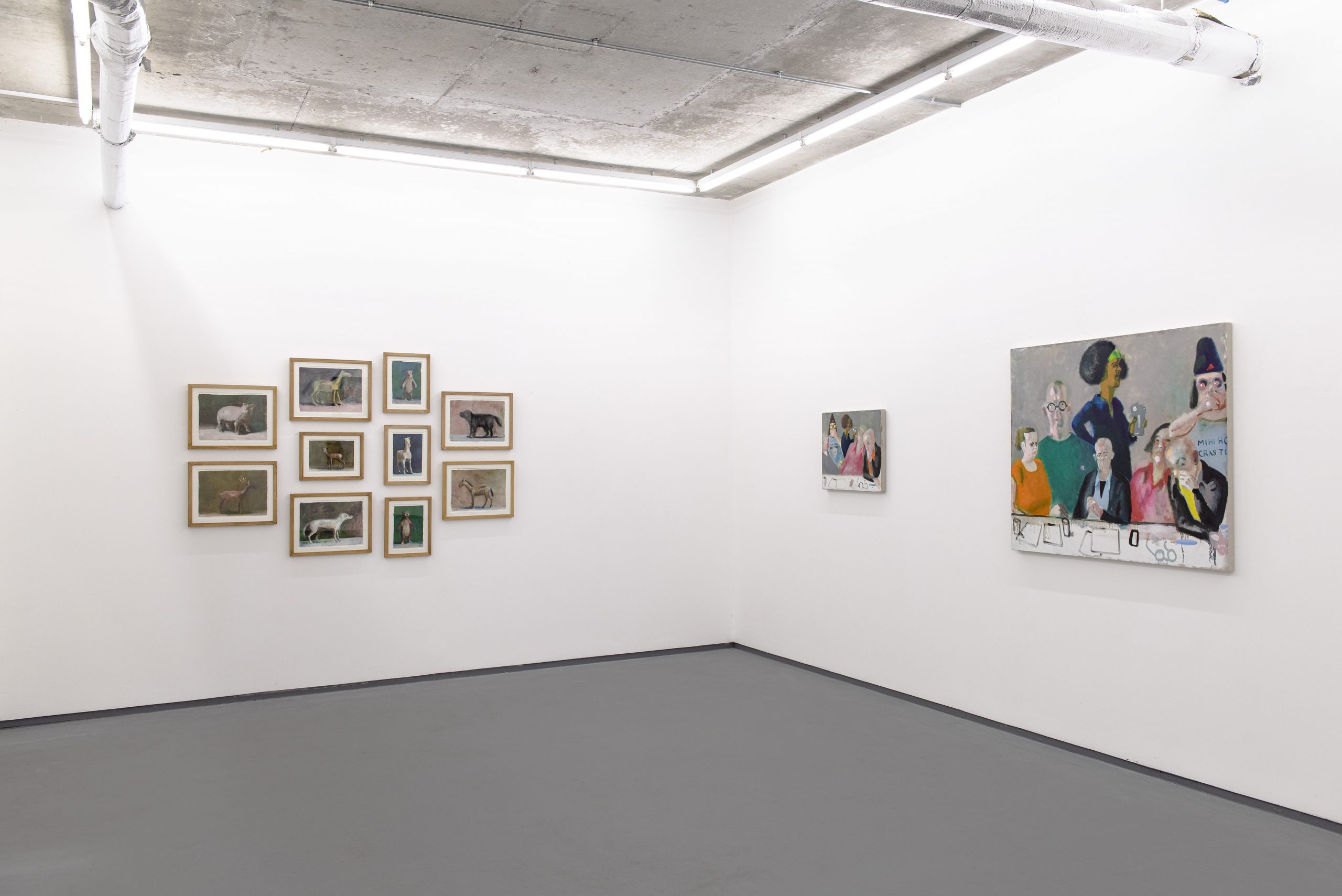 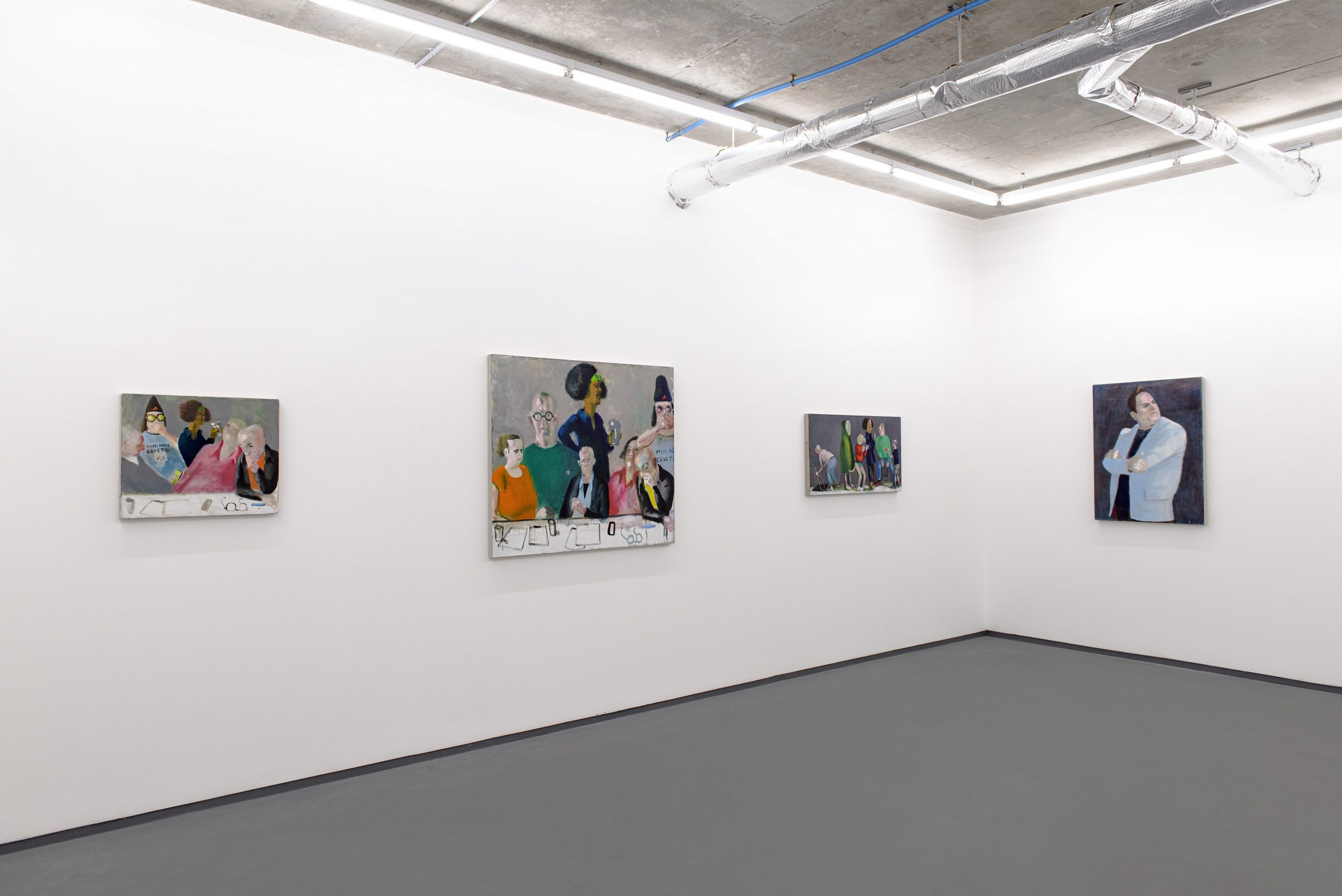 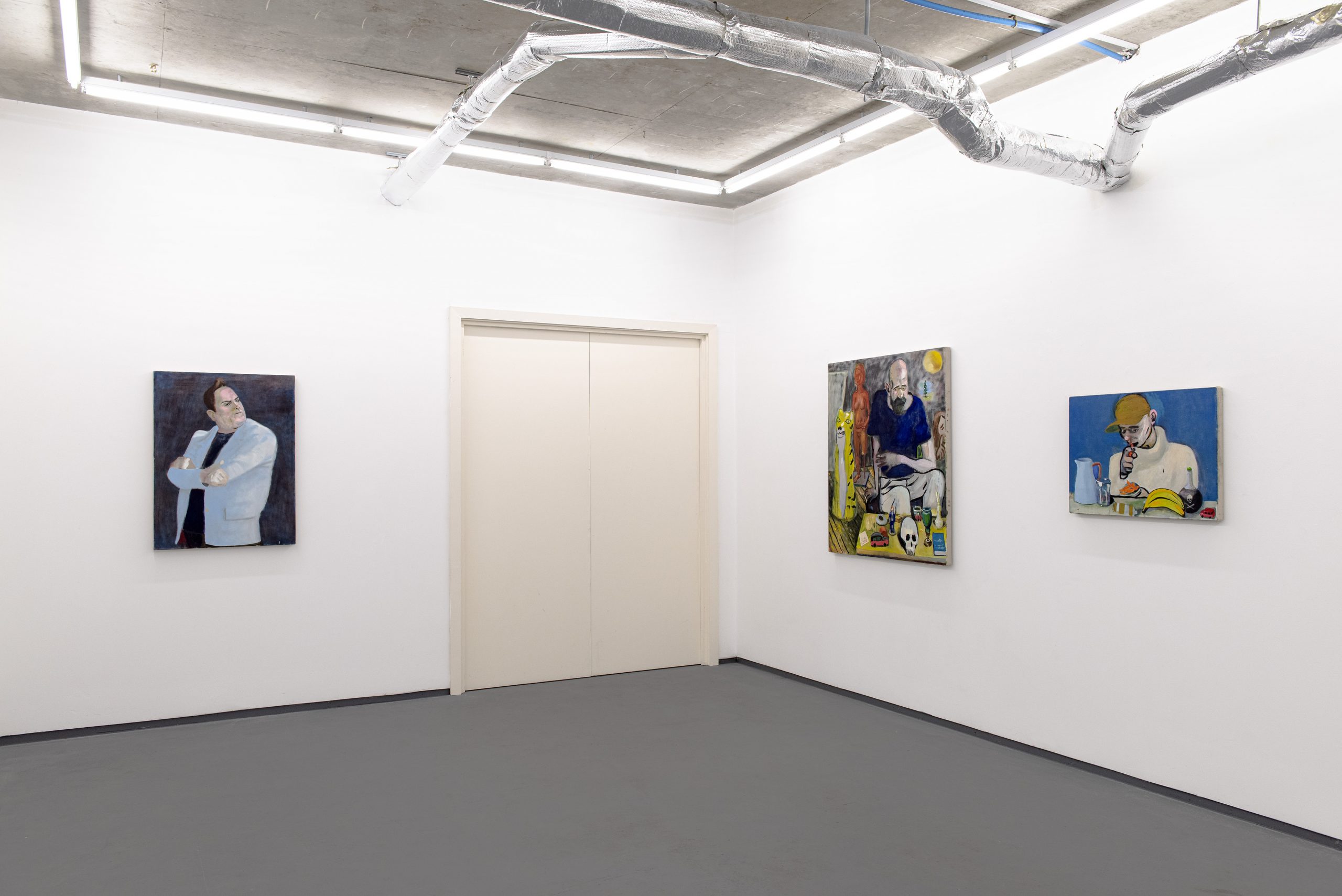 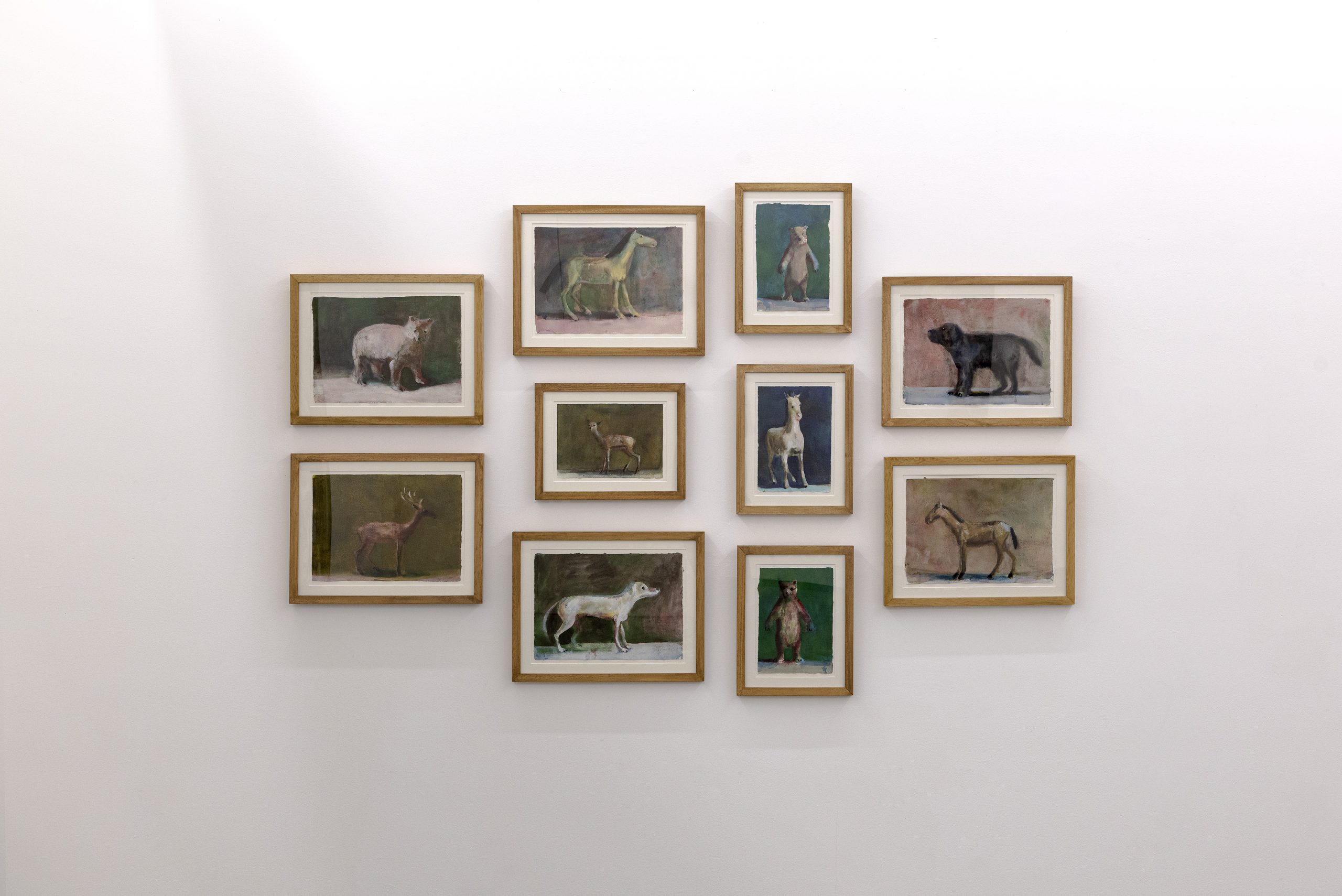 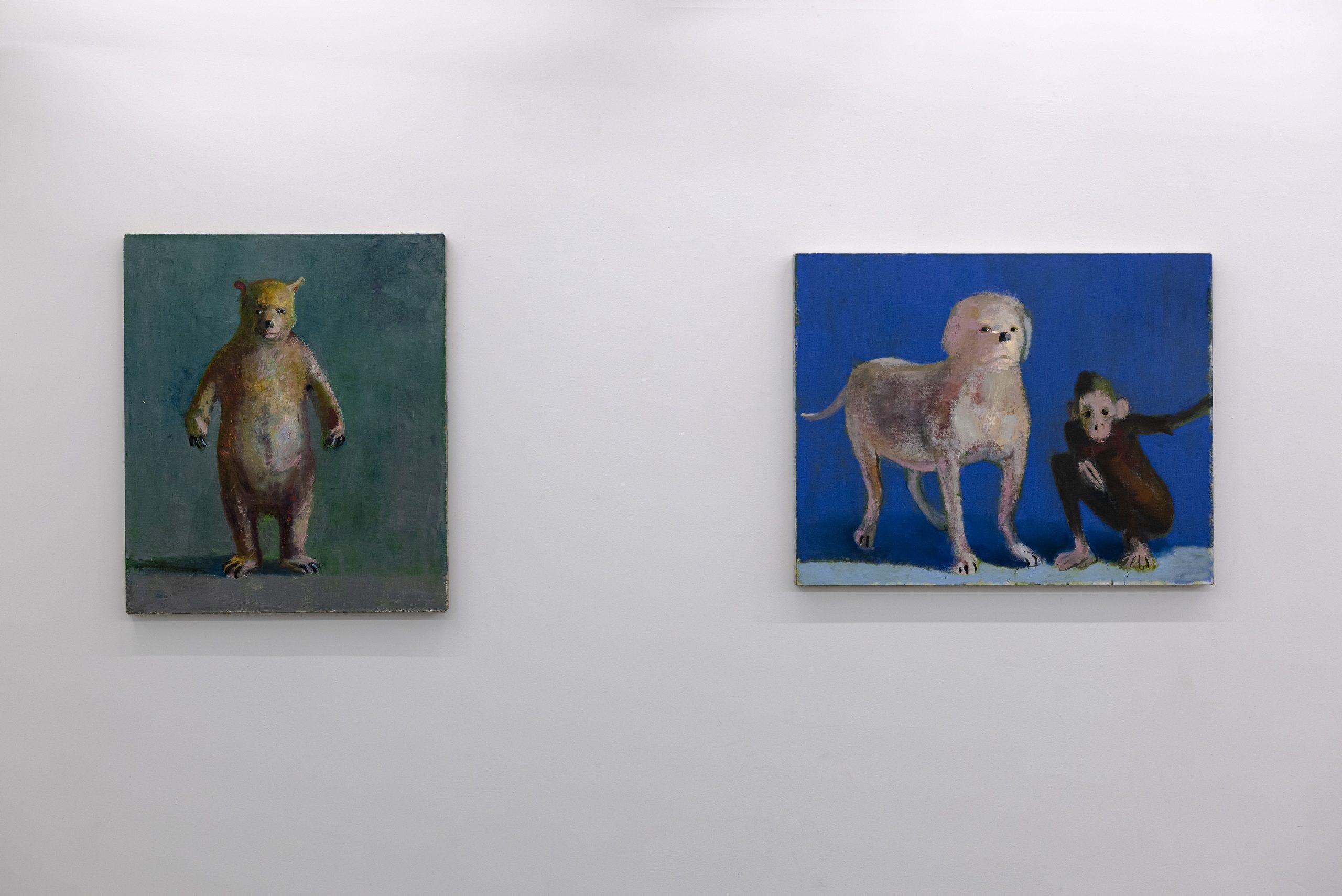 New Art Projects are delighted to present a solo exhibition by Charles Williams entitled My Animal Nature. Born in Evanston, Illinois, Charles Williams is a British artist who lives in semi-reclusion in a small town in rural Kent and was a founder member of the notorious Stuckist art movement. Some of the works included in this London show were also featured in our booth at SPRING/BREAK Art Fair, Los Angeles in early February. These works see a flight from his usual depictions of people and rather focus on animals.

Williams’ new works try to explain animals through their relationships with us, exploring the belief that our encounters with them are always doomed to be one-sided and that the relationships are metaphorical, allegorical and analogical. This change of direction stems from feeling the need to create a presence without telling a story about the cultural web which surrounds human beings or at least escapes it; relating to class, wealth and privilege. Through the paintings, Williams questions whether he can escape this cultural web and how this new world would look.

Williams makes references to a William Blake drawing called A Vision: The Inspiration of the Poet (Elisha in the Chamber on the Wall) which appears on the page as a vision of a tiny room like a trompe l’oeuil, as if you were seeing the actual room cut into the page with magical goings-on inside. It is this feeling that he wants for these paintings – as if these odd creatures were just there, floating in the space that hovers in front of you.

His work is compiled from a dialogue between him in his studio environment, alongside the stories and ideas that keep the company in both his imagination and memory. This dialogue also references painting works that have left a significant hold on him. Joseph Highmore’s ‘Mr Oldham And His Guests’, Annibale Carracci’s ‘The Butcher’s Shop’, Daniel Stringer’s 1776 self-portrait are notable works that have done this for Williams.

Writer Evelyn Waugh described his friend Anthony Powell’s fictional characters as ‘having an effect like an aquarium.’ “One after another various specimens swim towards us; we see them clearly, then with a barely perceptible flick of fin or a tail they are off into the murk.” This certainly feels like an apt analogy to the process in Williams’ painting works.