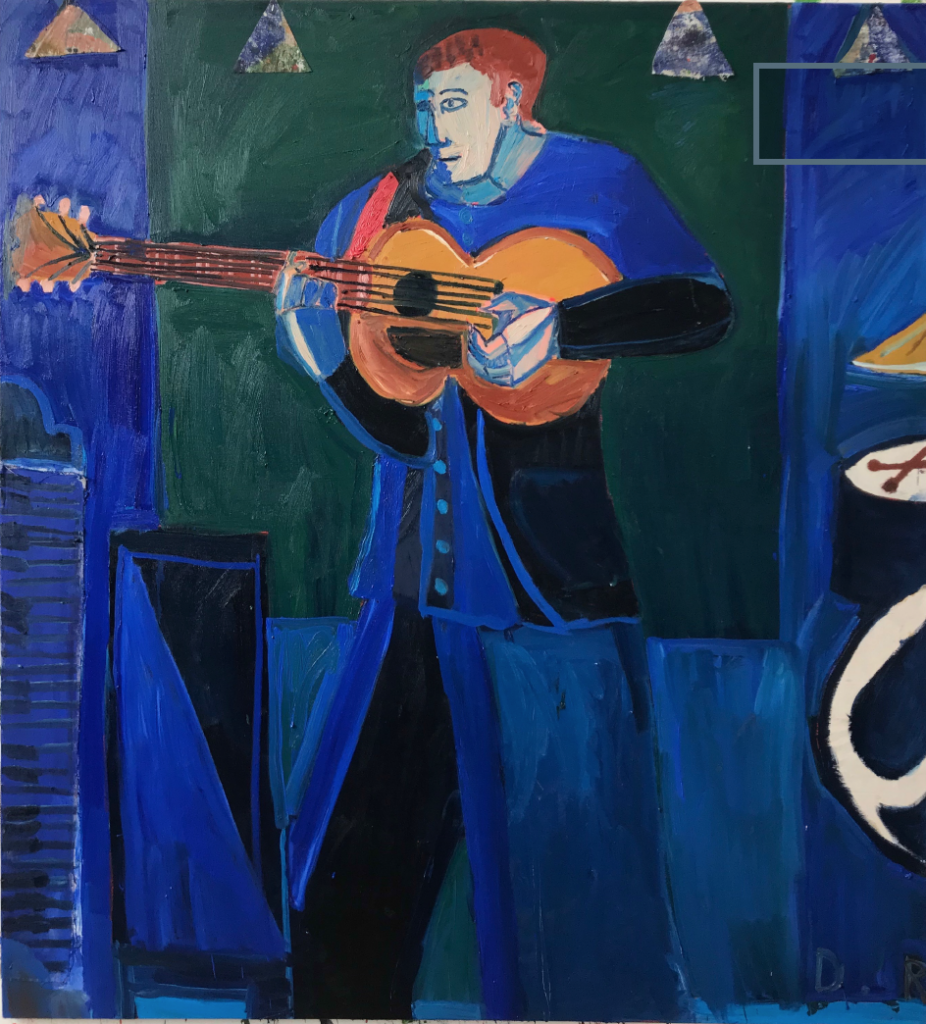 For his first solo show at New Art Projects British Painter Danny Romeril has built a virtual gig in the gallery. Using a series of five new paintings he has created all the elements of a live concert.

His paintings are vibrant oil on canvas works that are constructed with bold blocks of colour, drawn elements, collage and oil bar. He often uses a perspective foreshortening in his compositions that give the impression that the action in his works comes from past events, memories of large group dinners and concerts rendered in the studio in two elongated dimensions.

The main work is of a guitarist, which shows a solo musician guitar in hand, taking centre stage. Around him are fans seated in the front row (four sitting sitters on chairs 2019), some guys who have hit the smoking area for a cheeky fag (Three smoking blokes 2019), a bunch of fashionistas preening at the bar (Purple Socks 2019), and a new multi figure crowd painting showing the surge of the audience.

This group of paintings continues a theme in his recent works that explores musicians, music, gigs and smoking. He has documented his efforts to give up smoking in a stunning series of self portraits and his works depicting musicians include “I wish I was a Trumpet Player” 2019, Duet”, “Andy the Sax Man” 2019 and “The House Band”, 2019 which were shown in a studio project.

Danny Romeril graduated from Central St Martins in June 2019. He is currently the recipient of The La Brea Studio Residency and this will be his first solo exhibition.