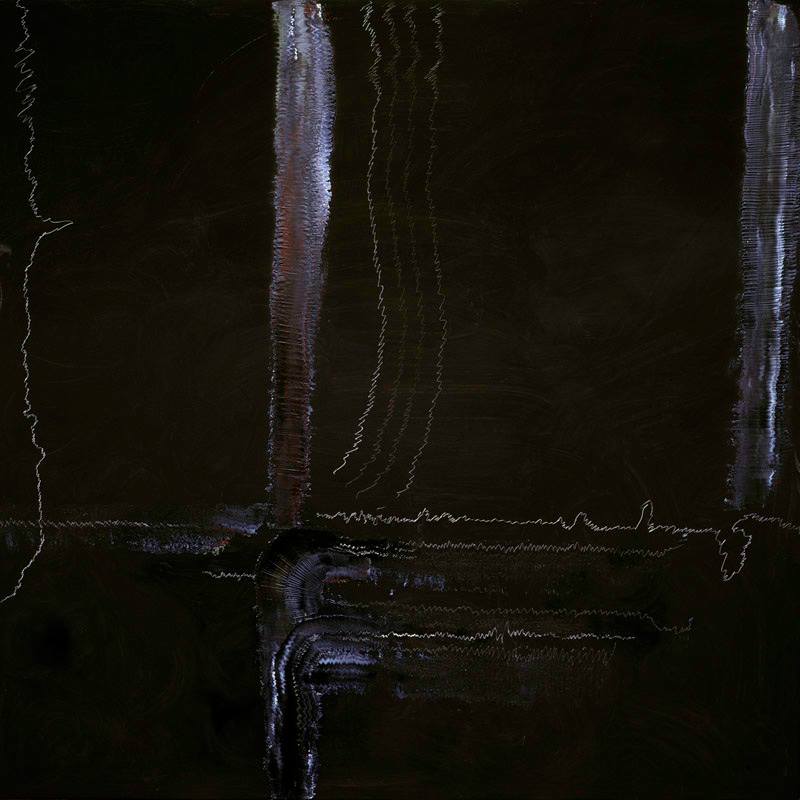 This exhibition brings together the work of four visual artists and a musician in order to compare the relational systems of music – or ‘organised sound’ as John Cage called it – and painting and drawing. It addresses questions of spatialisation, ‘time’, indeterminacy and how the performative and behavioural conditions of making and perceiving become an integral part of the process. The exhibition is not concerned with works of “painted music”, but instead with ones that go beyond analogy, simile or metaphor to seek some potential structural relationships when direct sensations, whether through sight or sound, impinge on one another.

The exhibition title comes from a series of graph compositions that the composer Morton Feldman began in January 1951, and which he called Intersections. Feldman’s music was greatly influenced by his contact in the 1950s and 1960s with the painters of the New York School, especially Jackson Pollock, Philip Guston and Mark Rothko. “the new painting” he wrote, ”made me desirous of a sound world more direct, more immediate, more physical than anything that had existed before”. Feldman attempted to characterise his activity as a composer in the statement: “I prefer to think of my work as: between categories. Between Time and Space. Between painting and music. Between the music’s construction, and its surface”. The idea of in-betweeness is an important one for this exhibition, suggesting that the meaning of the works on display is created somewhere in between the constructive role of the artist and the experiential role of the viewer.

Screening as part of Intersections early abstract films Free Radicals by Len Lye and Squares by Oskar Fischinger with digital reconfigurations of a cube in Phase 2 by Thomas Qualmann, classic direct action and camera-less films Dresden Dynamo by Lis Rhodes, Bird Xerox by Nick G Smith and Bonnington Scratch on S8 film by Jeremy Blank, sumptuous avant-garde and musical superimpositions in Bruce Baillie’s Castro Street and Anna Thew’s LFMC Demolition, forays into colour and rhythmic counterpoint with Autumn Rush for Kurt Kren, and Priya by Alia Syed, as the slats of blinds cut into the optical track with David Leister’s Blinder and a chance to see Paul’s Poem, a dedication to the late drummer and musician Paul Burwell where material action defies digital with writing etched into the emulsion of 35mm with a potato peeler