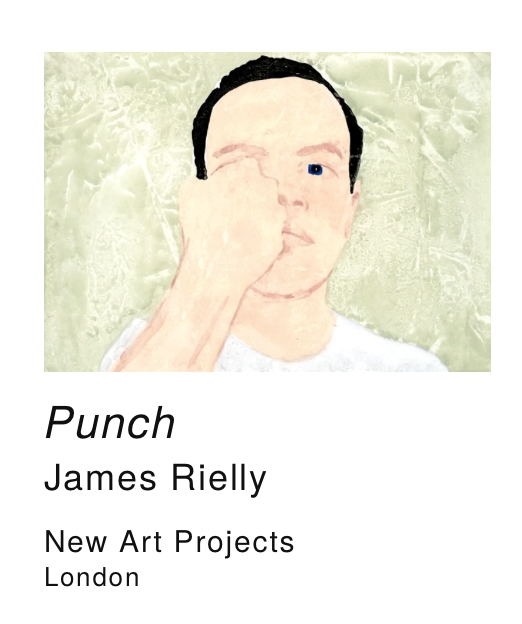 LOOP Fair 2017 will launch around 45 videos and artist films, selected by committee, and presented by galleries from all around the world that will give an insight into the current moving image panorama.
Committee members Jean Conrad and Isabelle Lemâitre, Haro Cumbusyan, Renée Drake and Marc and Josée Gensollen have started to work in LOOP 2017 main selection.

James Rielly will be Exhibiting Punch 2014

For some time now James Rielly has been making short looped video pieces out of his works on paper.These pieces, function like Victorian flick books where a simple action is repeated endlessly as the pages fly by. In this way Rielly has maintained the beauty of the surface of his watercolours, but translated them into wonderful, darkly funny, moving vignettes.

If we summarise the historical accessibility of producing moving images, three crucial points stand out. At the end of the 19th century, British photographer-researcher Eadweard Muybridge created the first frames of images in motion. The goal of his research was to resolve the debate concerning whether or not all four of a horse’s hooves are airborne at any given point while galloping. Unable to be perceived visually without the aid of technology, this question was answered thanks to the invention of chronophotography. In 1965, the first portable video equipment and electronic image conservation and production technology were put on the market. Technology then ceased to belong exclusively to television. At the end of the 20th century, in 1997, the marketing of mobile phones with built-in cameras was another milestone in the process of making new media widespread. Today, the phone we carry in our pocket allows us in just a few seconds to make a video in real time, one that includes pop effects, bunny ears, leopard masks, and applications that imitate the aesthetics of moving frames. This last technique, which developed its own aesthetic, consists of continually reproducing a sequence of images to create the impression of movement. Today we call this a GIF, the digital version that replicates Muybridge’s analog technique.

Punch presents a series of animations in which the graphic image—perhaps one of the oldest techniques in the creation of visible images—undergoes a movement technique. The result is the continuum of representations we see, their aesthetic bearing references from Muybridge up to the GIF format.