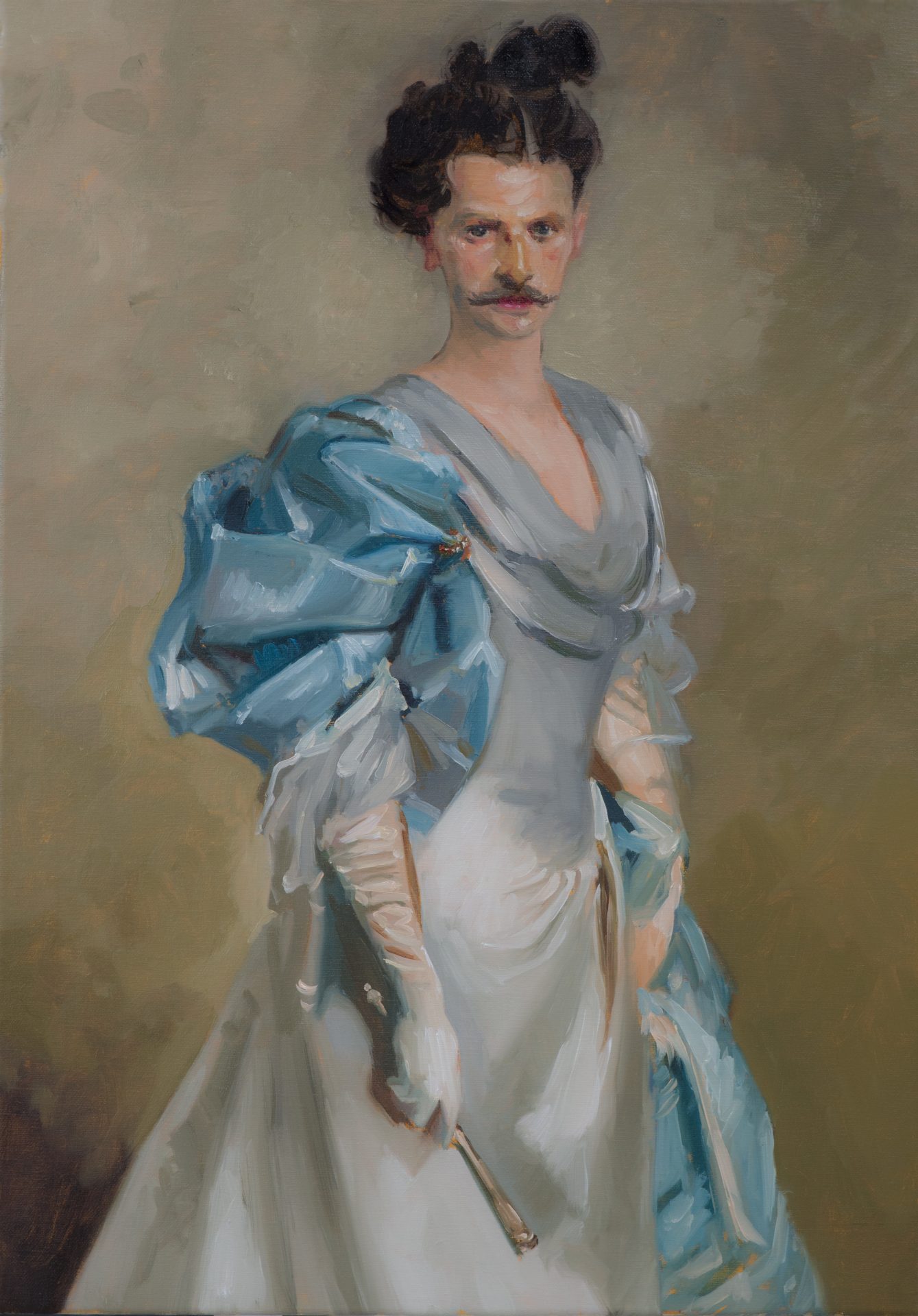 New Art Projects are delighted to present our first solo show by Jonny Green. For his most recent series of paintings his starting point was news from a Polish friend in 2020 that the Polish government had started to introduce draconian laws that designated ‘LGBT-free zones’. He took three society portraits by John Singer Sargent (1856-1925) of women depicted resplendent in their finery and painted them as men. Each painting was then given a Polish name with a specific meaning Leonek- (Strong as a Lion), Ondrey (Manly) and Gerek (Ruler with a spear).

Since making the first three works his interest in Edwardian portraiture and gender politics has moved and developed to form this exhibition. The life of John Singer Sargent’s and his paintings in particular, with their implicit assumptions of the sitters’ privilege and wealth, have fascinated Green. The trappings of wealth, and the ephemera displayed around Sargent’s sitters speak clearly and broadly about the values of his time, and about the high society he wished to portray.

Jonny Green was especially drawn to a portrait of Vernon Lee, a pseudonym for Violet Paget (1856-1935) in the Tate Gallery. A lifelong friend of Sargent, a ‘lesbian writer of supernatural fiction’ who during her life refused to be labelled as a lesbian, despite always dressing ‘à la garcon’. The sexual ambiguity of this picture and its sitter is extraordinary for its time. Sargent, a lifelong bachelor was involved in a moneyed group of central European intellectuals and free-thinkers, who were more accepting and indeed more radical than the society of the time “Many gay men, flamboyant performers, intellectuals, he was very comfortable with all of them.”