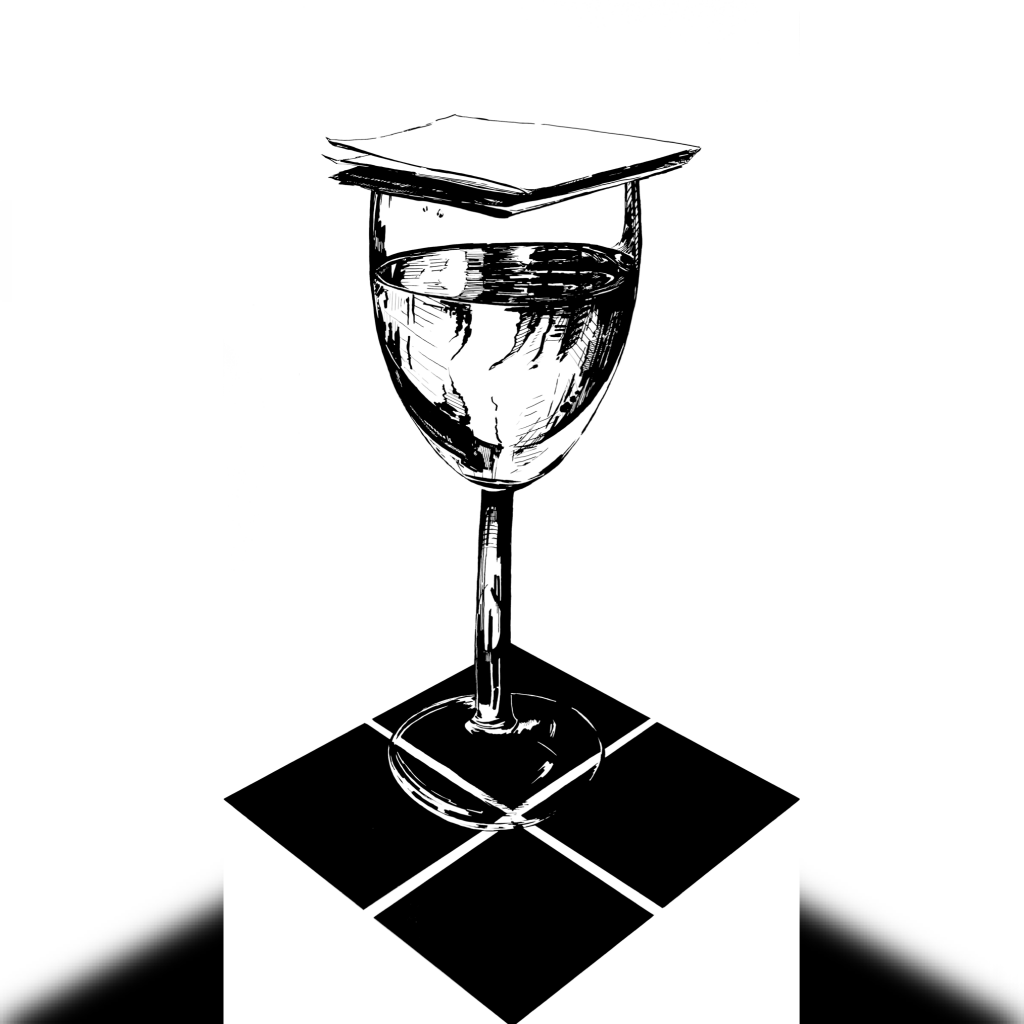 An open window was once symbolic of freedom, escape and new greener pastures. The term open window has now been applied to on screen work activity. For Robin Footitt’s second exhibition at New Art Projects he comments upon the way in which the now familiar language of the screen, tablet or smart phone can sometimes complicate or obsure the real meaning of an image.

The new digital formats of viewing images has become so widespread that their limitations are forgotten. We swipe, we enlarge, we delete, we touch, we copy, we paste… we edit. It has become a new language in our lives, with new gestures and a new form of mark making which impact on Footitt’s process of making art.

Napkin Variations comes from a series of drawings scaled to the dimension of his own phone screen. The playful unfolding of a napkin becomes a time-based ritual for idle hands, arranged in a composition familiar as a window. The open window is manipulated to “square” the drawing and the image is cropped to fit the dimensions of the social media platform Instagram.

This exhibition also extends  the themes from his previous exhibition Modern Grammar, 2016. In You Left Me he revisits the plurality of loss with three images of an undeveloped 35mm camera film, three photographs captured but never resolved – only to be developed years later when both moment in time has passed and the photographer has passed away.

As well as exhibiting his solo show Robin will also be curating The Toast, an exhibition of his contemporaries.

“The Toast is loosely based on experience – every unappreciated person has been overlooked at some point in their lives, whether it is to be marginalised or simply underplayed at a significant stage of their development. It is my wish to turn these occasional setbacks into a positive appraisal and look towards my peers and their own practices, celebrating what is relevant to art making and, in a generational sense, current today.”-        Robin Footitt

Simon Mathers (b. 1984) lives and works in London. He studied at Goldsmiths and Royal College of Art, London. Recent solo shows include Bad Butter, Lyles and King, New York (2018); You Are Underground, Gianni Manhattan, Vienna (2017) and Beyond the Trees, Canopy Project Space, Brussels (2016). Mathers was also included in 2016 sommer.frische.kunst residency project in Bad Gastien Austria and has recently come back from painting in Mexico where he made a new body of work on paper as well as organising Mystery Dramas, a roving project space that takes place in rental cars; the first of which was an exhibition by Finnish artist Aki Ilomaki. Current exhibitions include Ahhhhh Real Monsters, Clages, Cologne; a group presentation with Gianni Manhattan at Vienna Contemporary and a solo show at Akbar Project Space in London, all in September 2018.

Sarah Poots (1982, N. Ireland) studied at the Royal Academy Schools, London and Glasgow School of Art, Glasgow. She lives and works in London and Nottingham and is a previous recipient of the Acme Studio’s Chadwell Residency. Solo exhibitions include One unit and the next, ANDOR, London (2015) and Can be used over and over, CCA, Londonderry (2014). Recent group exhibitions include; The Manchester Contemporary, Syson Gallery (2017); Outpost Open, selected by Chris Rawcliffe and Lynda Morris, Norwich (2016); You can’t blame gravity for falling in love, Lychee One, London (2016); The Plymouth Open, Plymouth University (2015); Autocatalytic Future Games, No Format, London (2015); Stopped Clocks in Places of Busyness, Fold Gallery, London (2013); Artist of the Day, selected by Bridget Smith, Flowers Gallery, London (2013); John Moores Painting Prize, Walker Art Gallery, Liverpool (2012). Marching through the Fields, Warbling Collective, London, 2018.