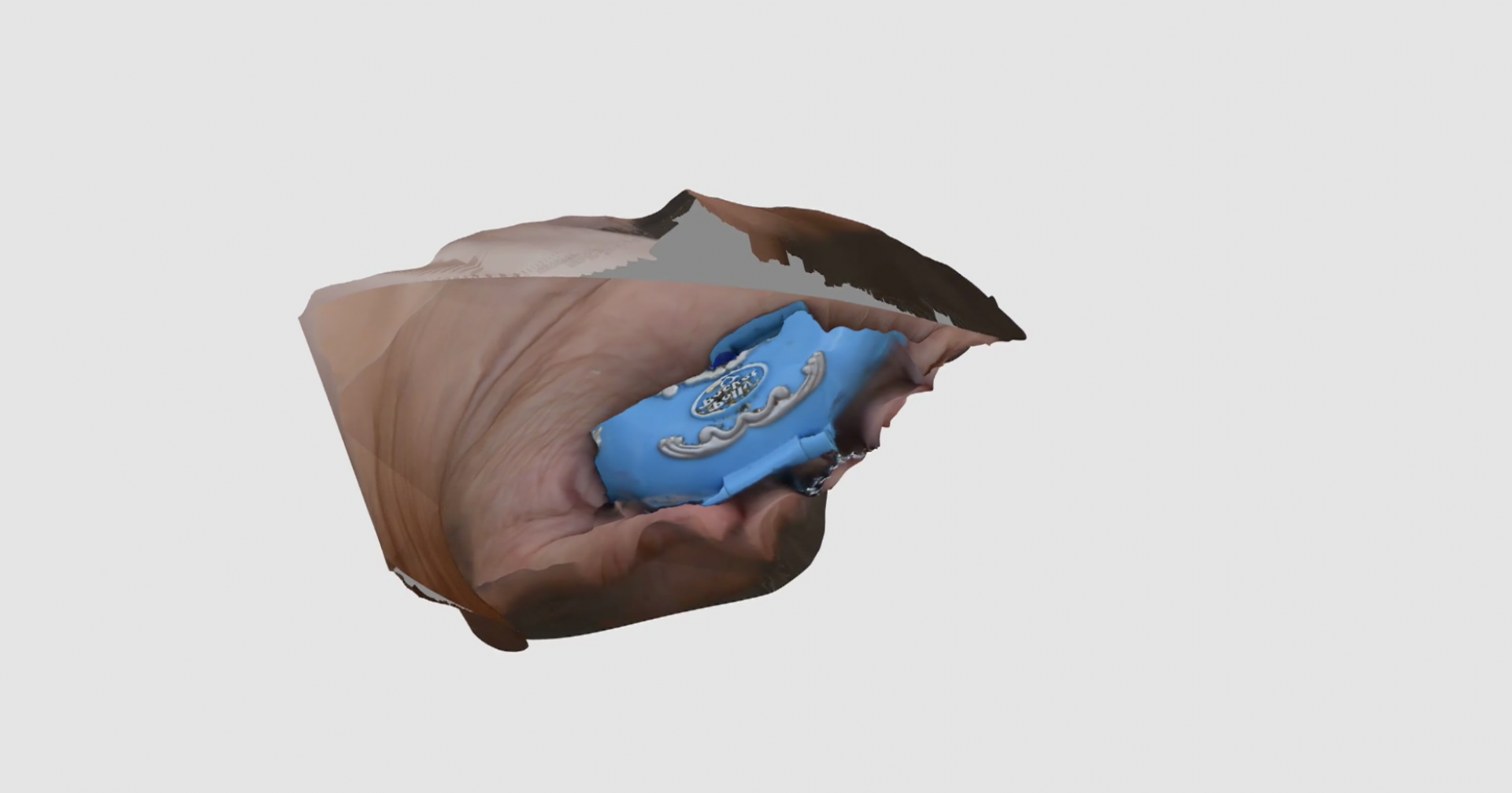 New Art Projects are excited to present ‘delights’, a solo exhibition by Natalia Janula. Natalia Janula is a London-based, Polish-born artist whose practice employs sculpture, video, sound, installation and performance. She graduated with an MFA from the Slade School of Art in 2015.

Janula’s work is interested in urban and natural environments and the slippage between the two. This is mirrored by her choice of synthetic and organic materials, from jesmonite to silicone and latex, to 3D printed sandstone, found objects and kinetic motors. Her practice involves developing and containing ‘ecosystems’ through assemblage, ikebana and digital rendering.

A repeated theme within Janula’s work is the femme body and rituals relating to it, in an increasingly synthetic world. She looks at ‘wearables’, both functional and decorative, and how this attachment to a human form creates an intangible symbiosis.

Janula’s work can elicit a variety of responses. She exploits the microscopic, creating miniatures that tap into our involuntary ‘cute sensors’ as well as using materials that can often appear alien and repulsive. The motion of her kinetics indicate a character beyond that of a machine; one of a protagonist. A network of these sculptures embody numerous tensions; between general and specific, sanitised and earthy, fragile and sturdy.

In her recent work, there are references to fictional landscapes which are reminiscent of science fiction, folklore and the ethereal. Janula entertains speculative narratives, chronicling a future scavenger’s travels to forage distant treasure troves, improvising shrines with the materials that they uncover. Janula’s use of volcanic sands, shells and molluscs indicate Earth’s natural forces of tidal systems: the burying and unearthing of materials in a cyclical regurgitation.

Amongst these organic forms are their synthetic siblings. Machine parts and tech junk make up the artist’s palette of discarded belongings. They fit together as a playground of assembled bric-a-brac, anatomical delicacies that. A repeated use of the Polly Pocket and similar motifs make a playful, almost sarcastic reference to the coastal materials in the assemblage. Janula uses casting processes to make repeats of the toy in pastel shades of jesmonite – in this, the piece acts with a conscious camouflaging, hiding its origins of mass-manufacture behind a muted, chalky veneer.

Janula’s delights introduce themselves in unusual and awkward ways, sometimes hidden, forgotten or moving in a jarring manner. Loosely contained sculptural works are suspended among undulating rocky isles, industrial windows, or spooked by their own reflection – they operate and communicate with one another, without the attention of any specific audience but within their own autonomous visceralities.

Organic matters are held within silicone, trapped in eternal youth. Synthetic items are cast into pigmented jesmonite fossils, made more ancient than they could ever be. The softness of fur (fake) crosses the cold and robotic kinetics that whur quietly to themselves. Two motifs are often repeated in Janula’s assemblages: eggs and hands. Shifting scale from miniature egg no larger than a pinky finger nail, to that of an Ostrich (and a real one at that), Janula speculates about the internal life forces that we can’t be without. The hands, our most functional extremities, connect us to a powerful sense of touch and materiality.

Much of Janula’s work relates to the body, extending it, accessorizing it, peeling back the layers of a material to show us how we really feel about it. delights continue to do this, in small works that tap into our involuntary ‘cute sensors’ and in materials that can often appear alien or repulsive. Her kinetics indicate a character beyond that of a machine; one of a protagonist. The network presented in this exhibition embodies numerous tensions; between general and specific, sanitised and earthy, fragile and sturdy.

“the word ‘dissection’ comes repeatedly to mind, enforced by Natalia Janula’s forceful interrogation into the connection between organic and synthetic materiality and the changing nature of new technology, which is becoming more liquid in both application and substance. Janula’s practice features a recurring cast of base metals, found objects and natural motifs , often employed as sculptural stand-ins while injecting a subtle strain of humour within the work through association. This is evident when Janula dissects an Oyster card and transplants its inner workings into an oyster shell, rendering it into a functioning device for navigating social spaces, as well as goading us into questioning the patterns of behaviour we perform unthinkingly on a daily basis.” – George Micallef Eynaud © Artlyst 2015 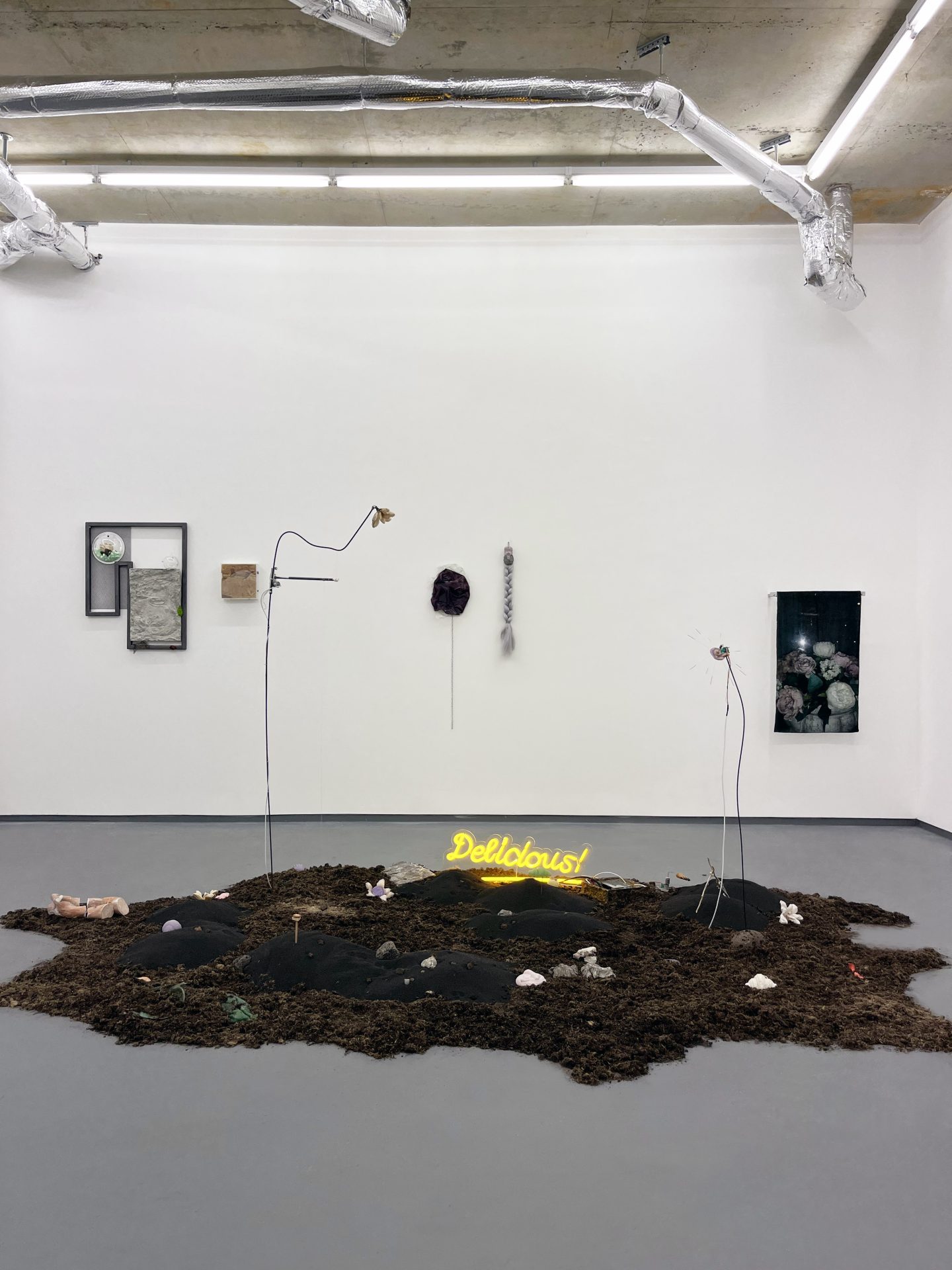 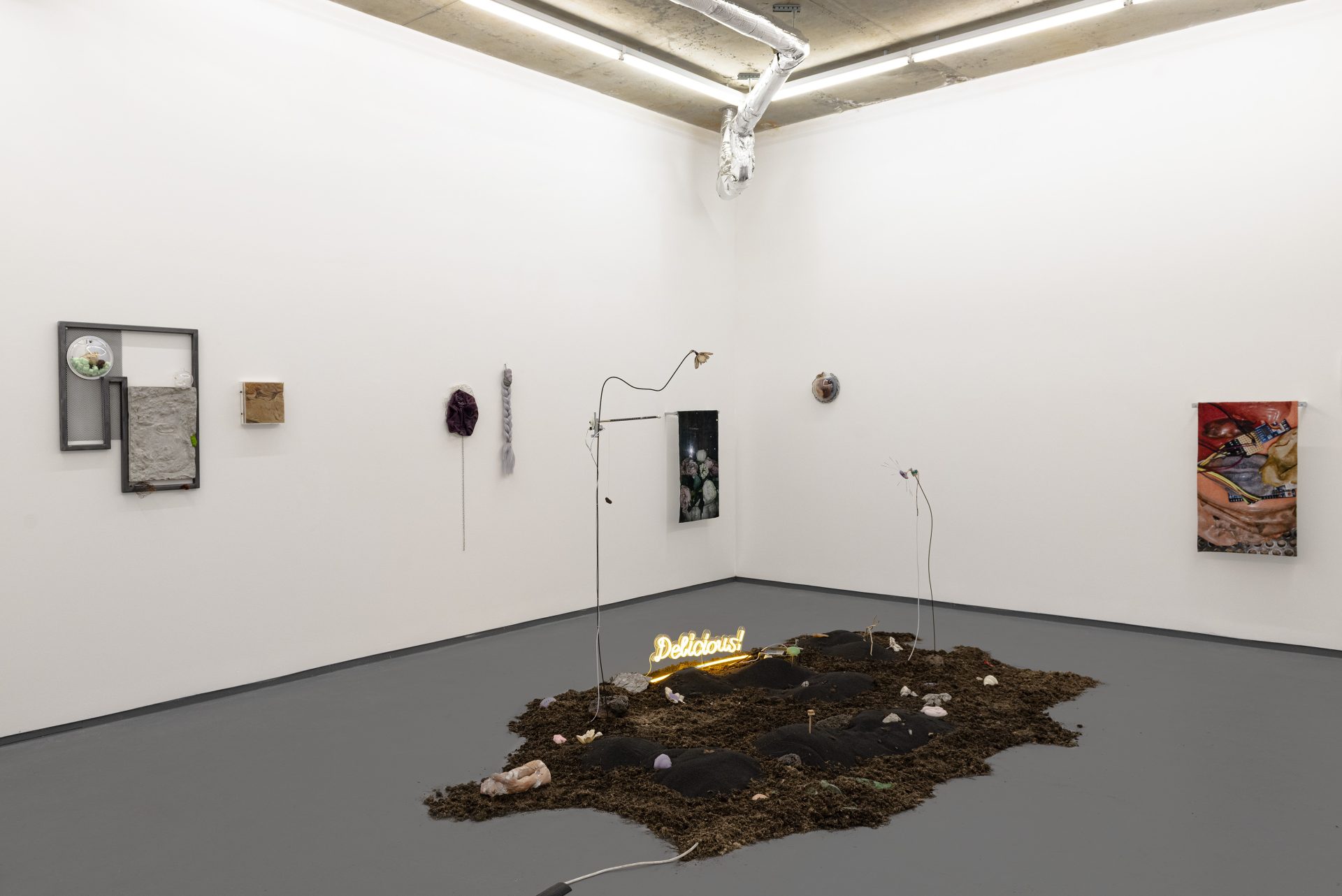 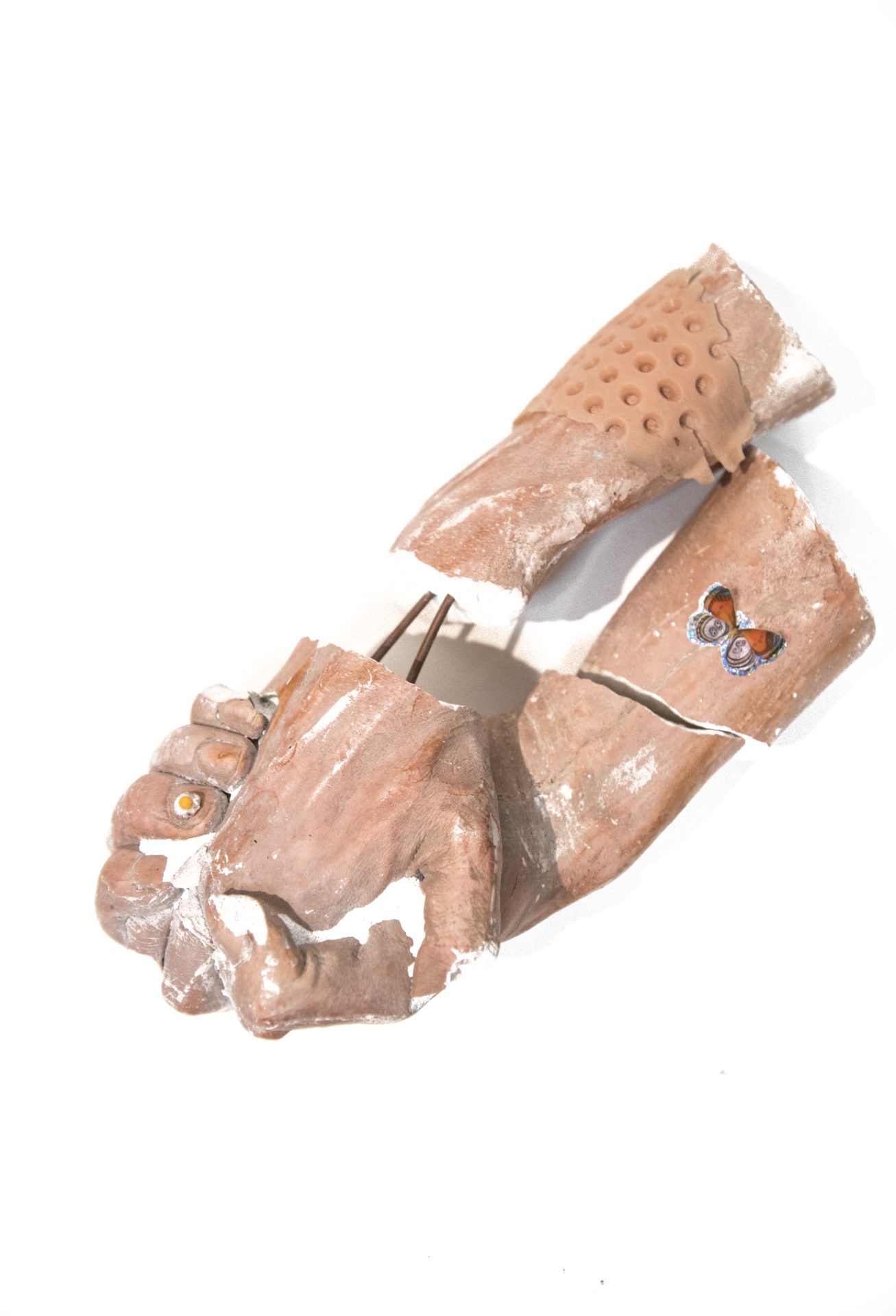 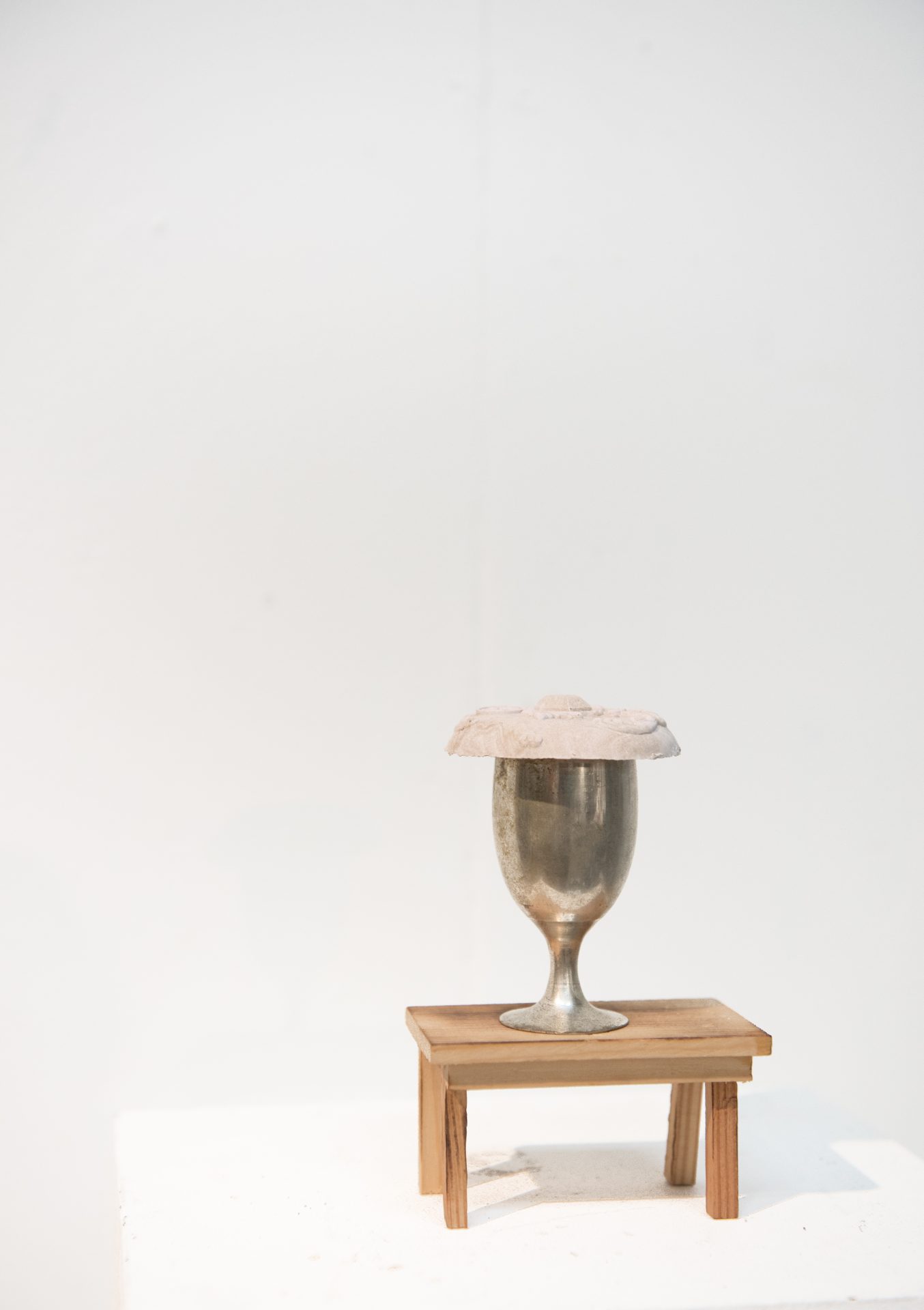 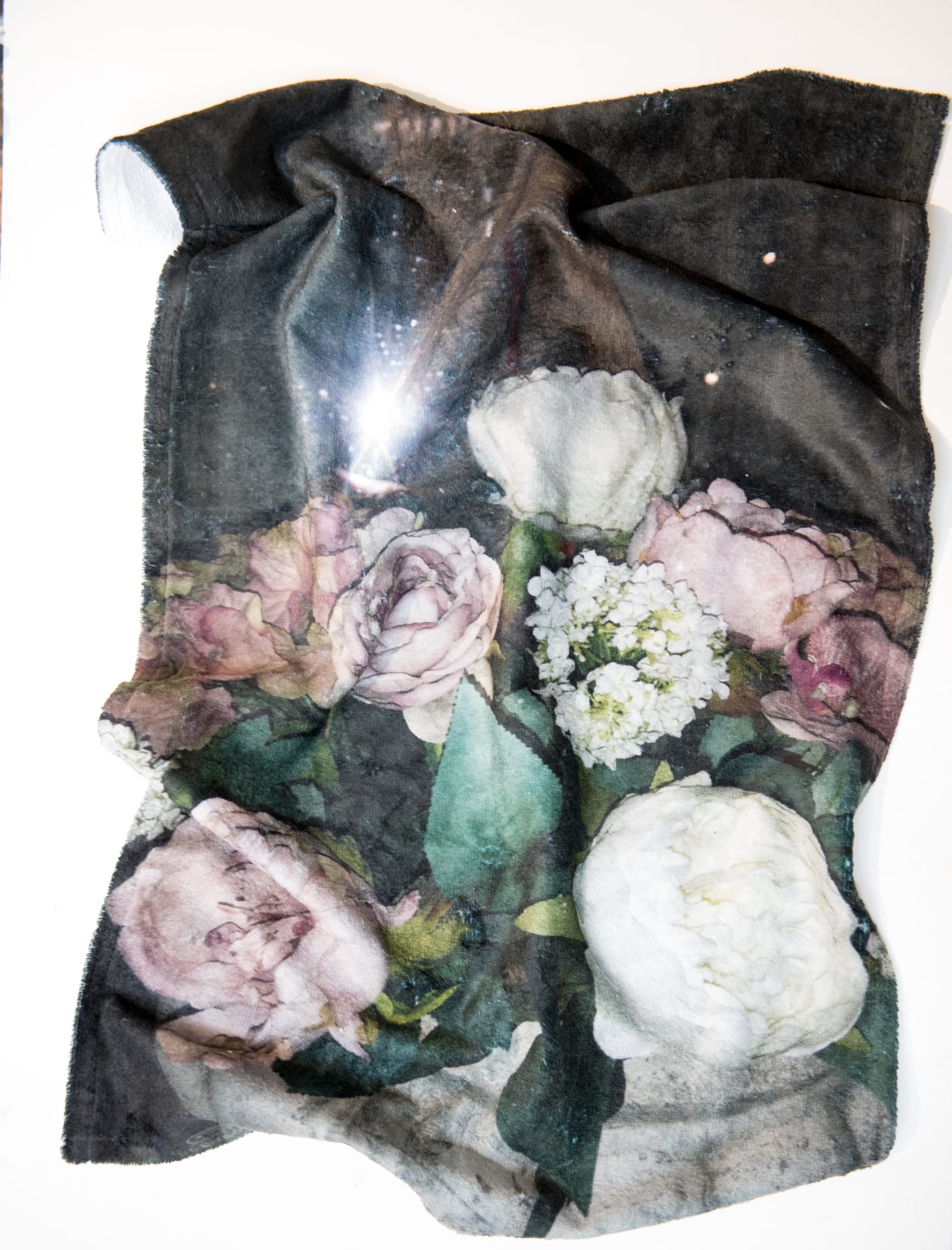 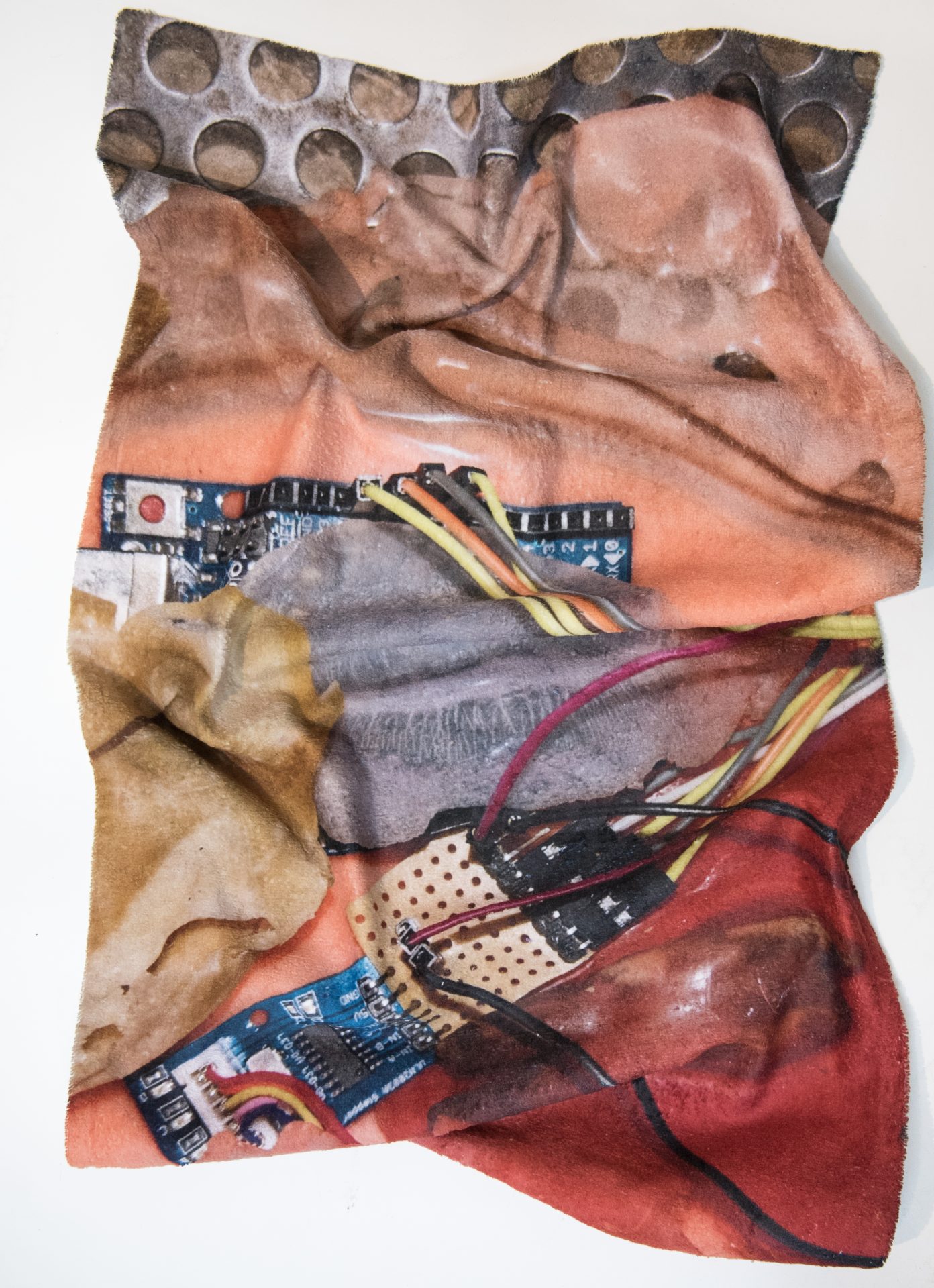 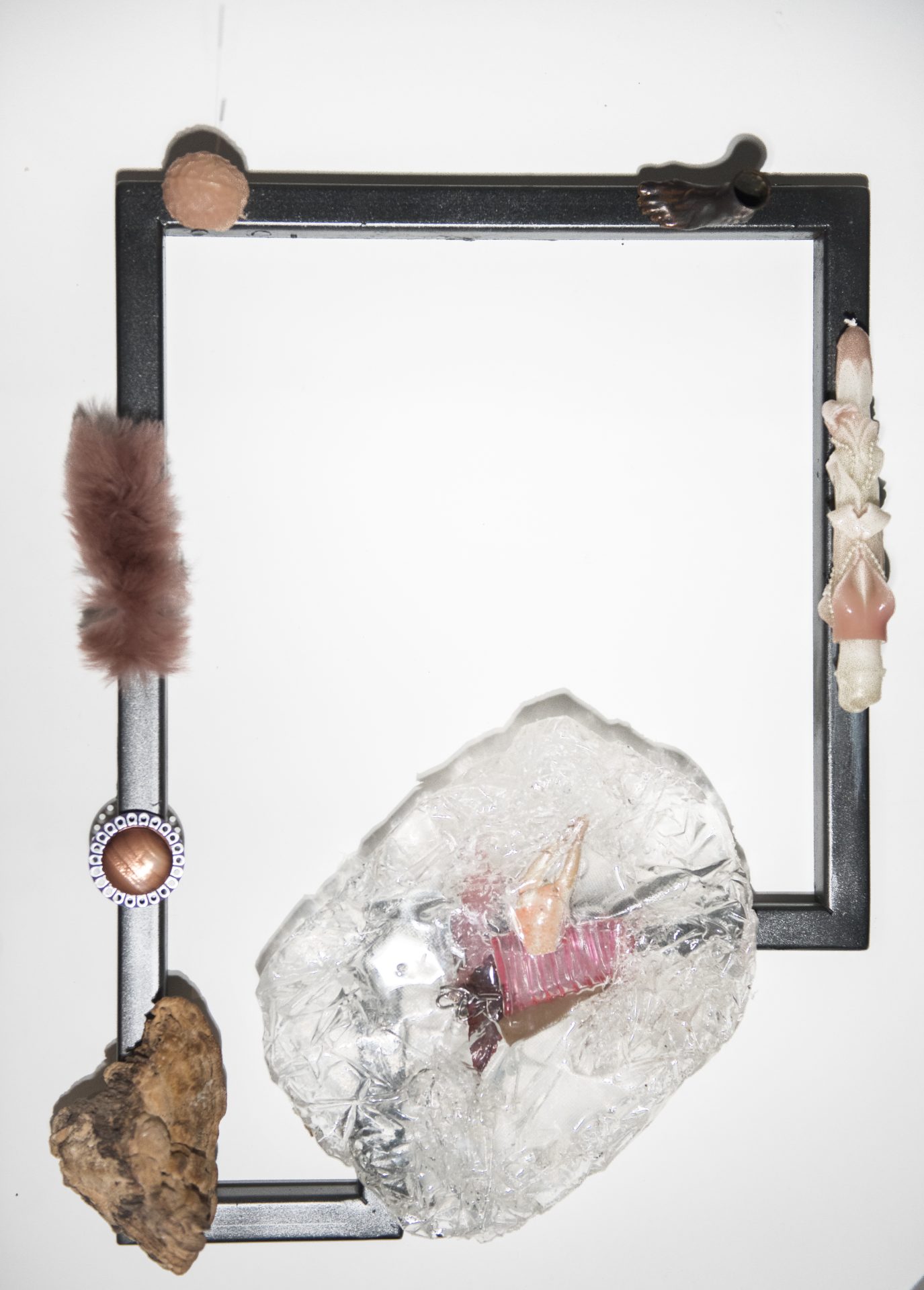 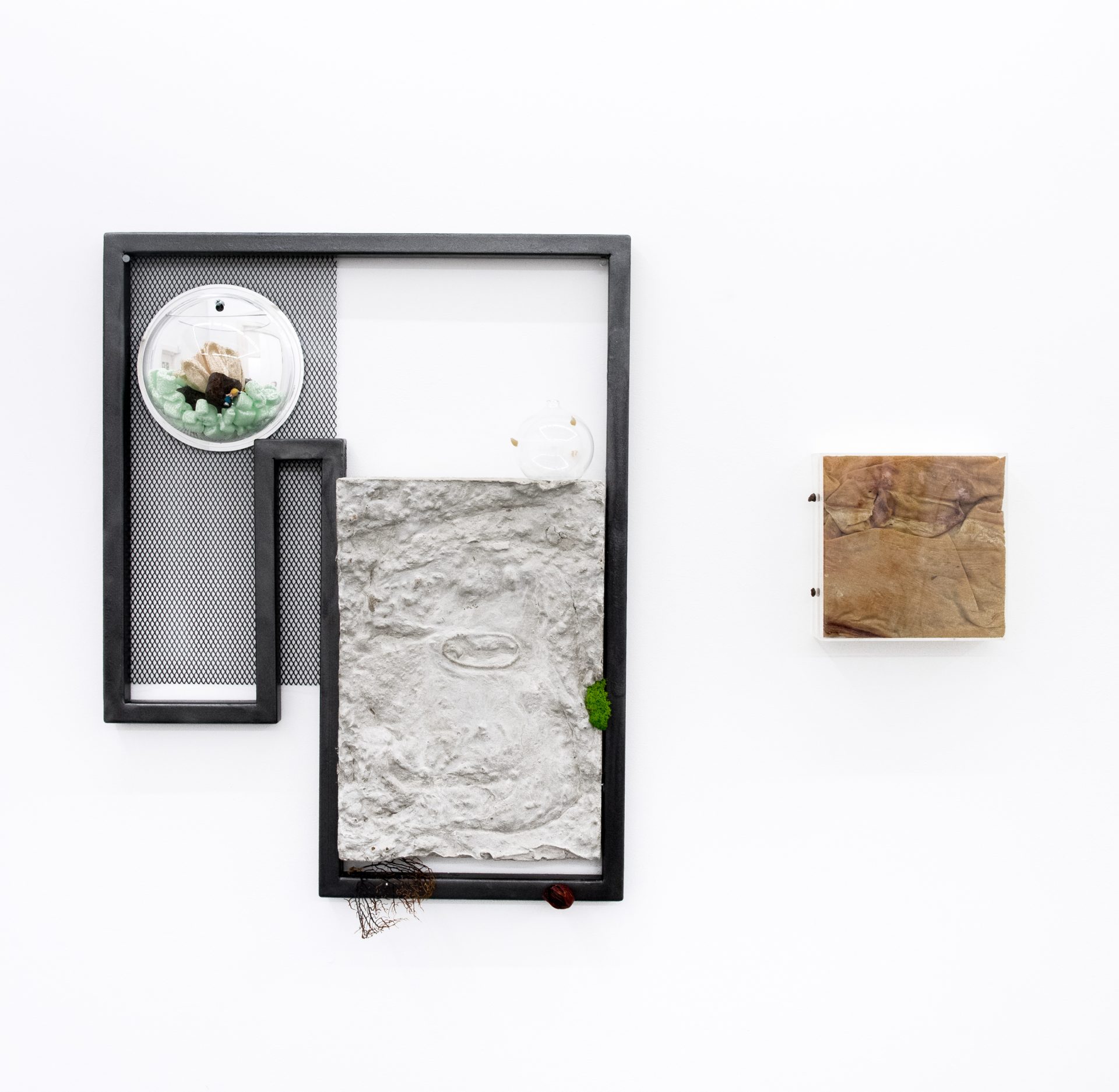 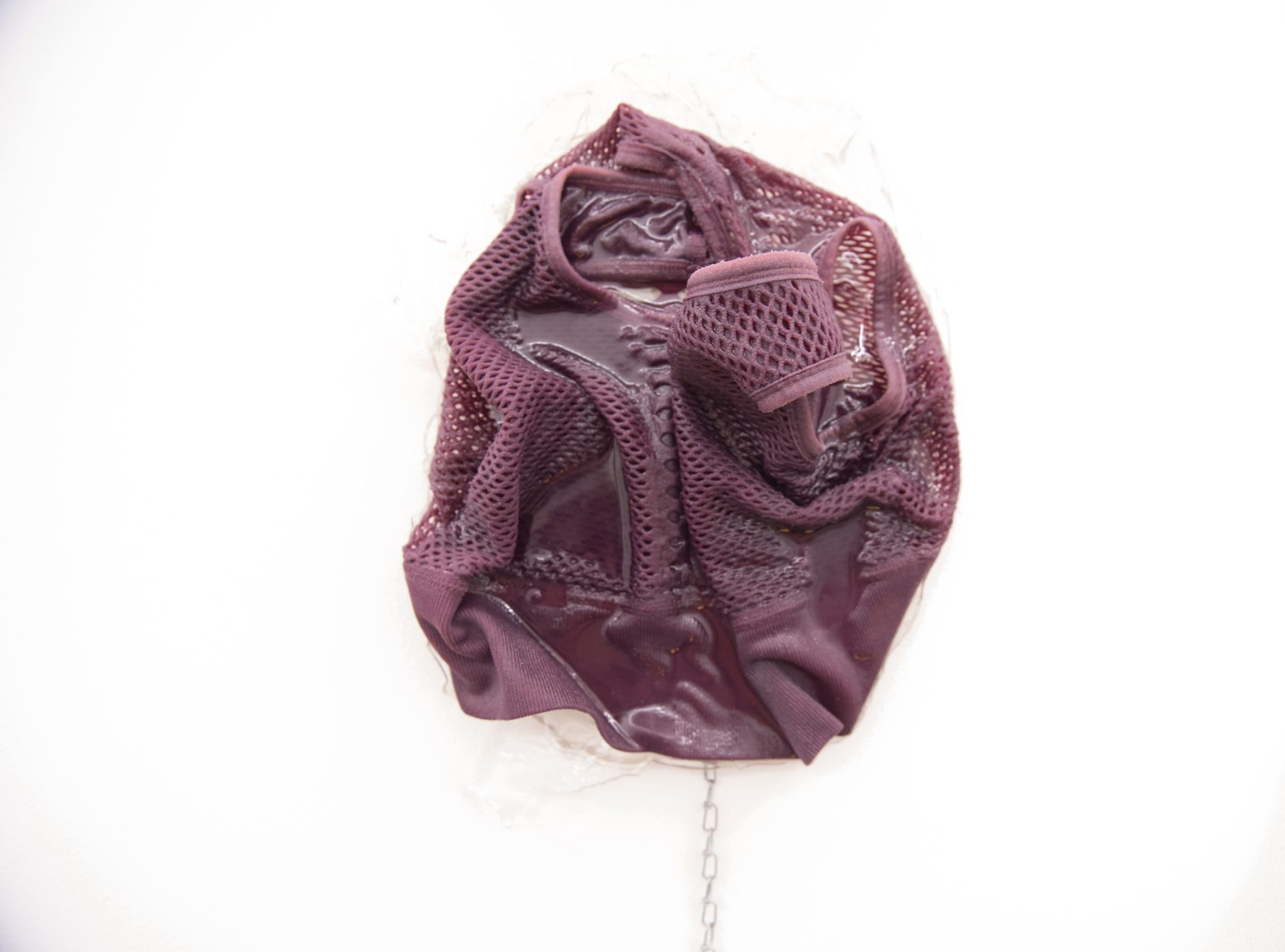 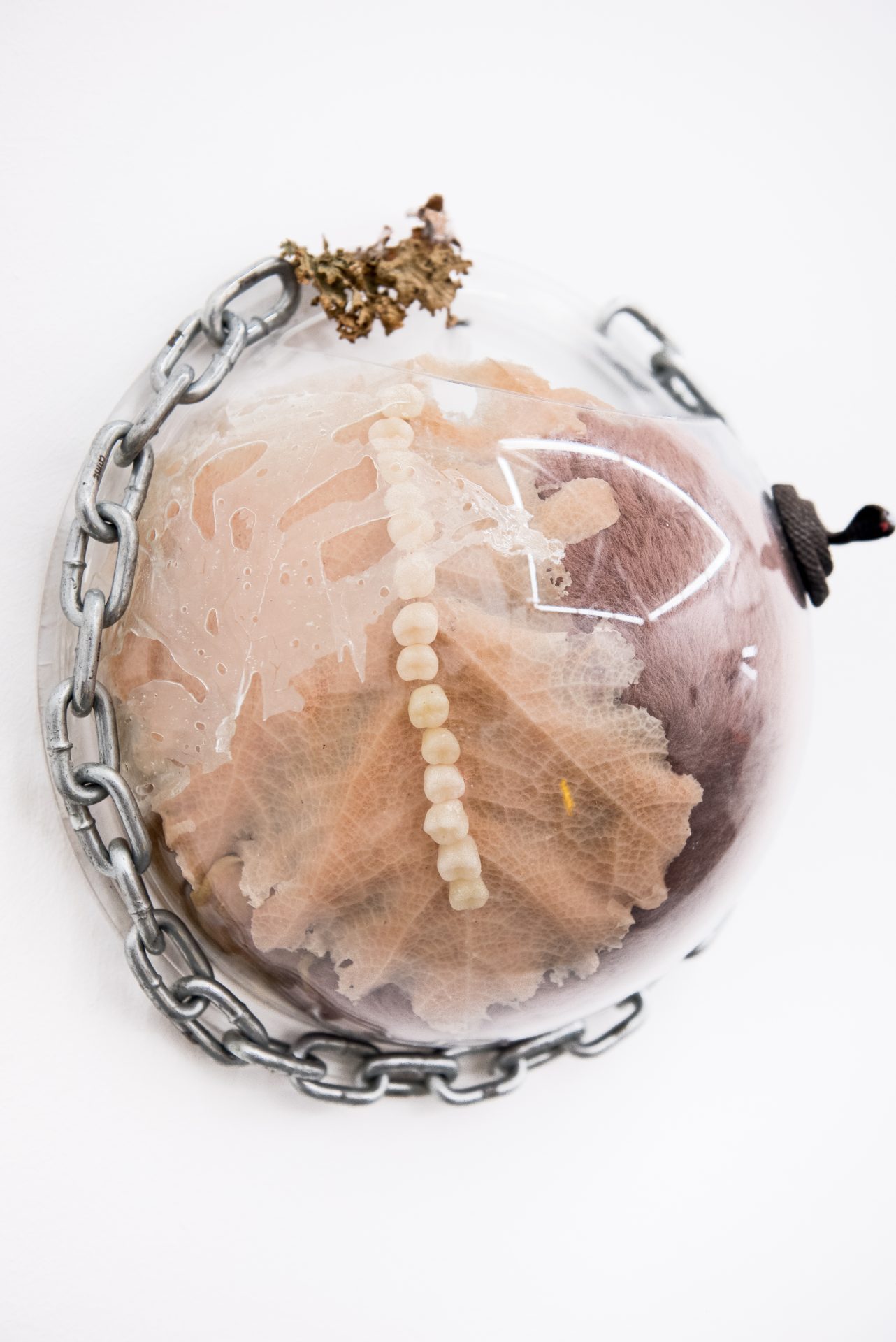 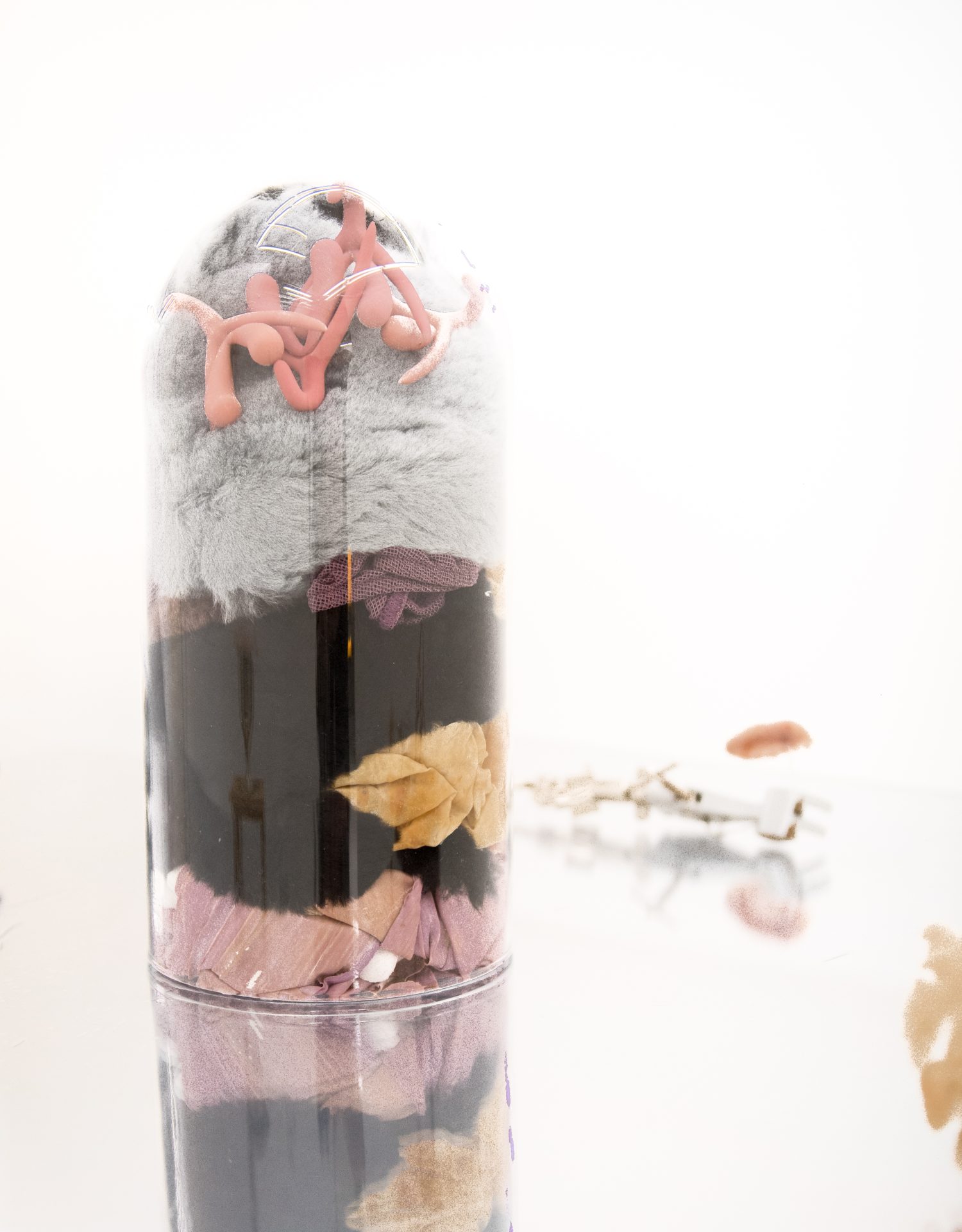 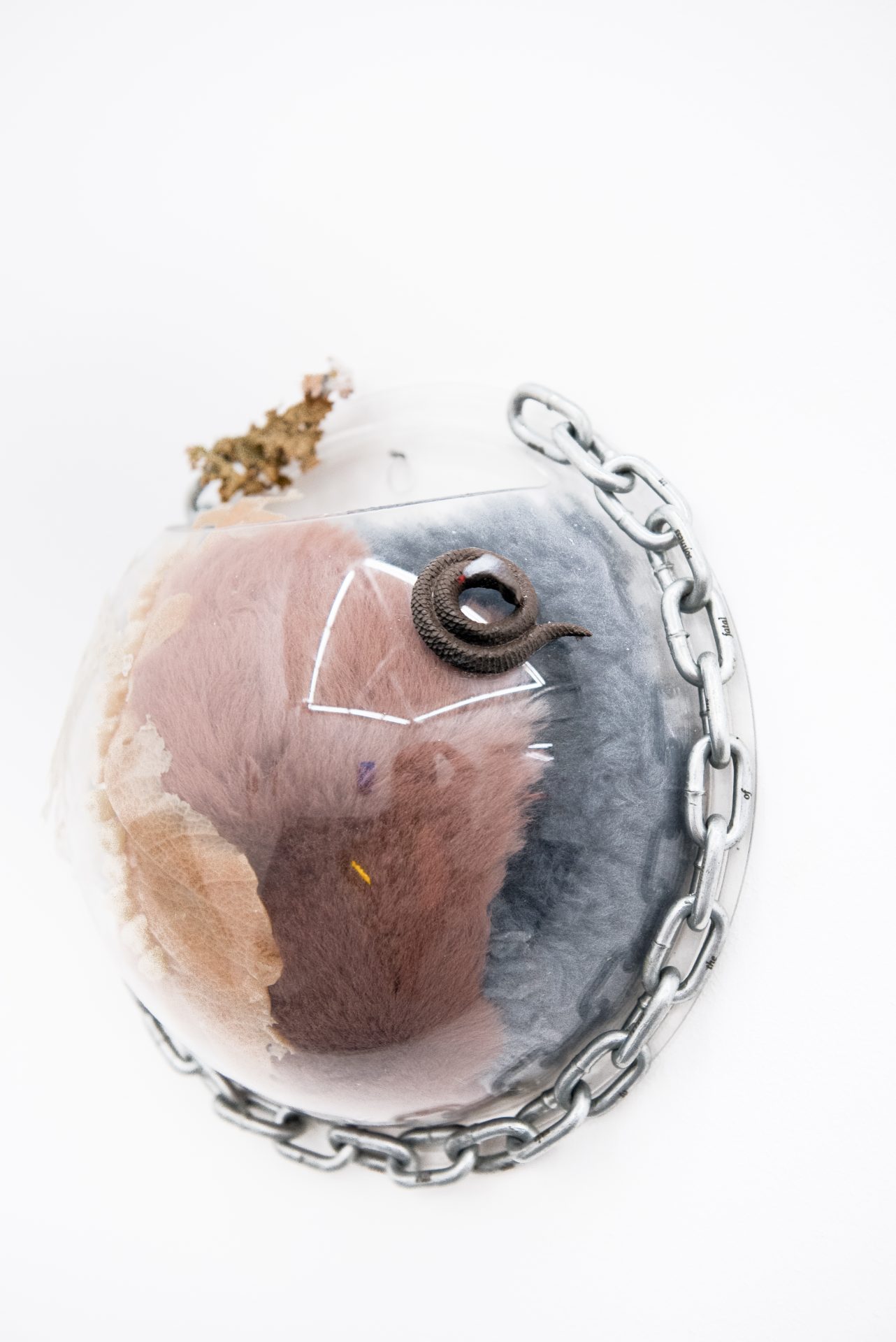 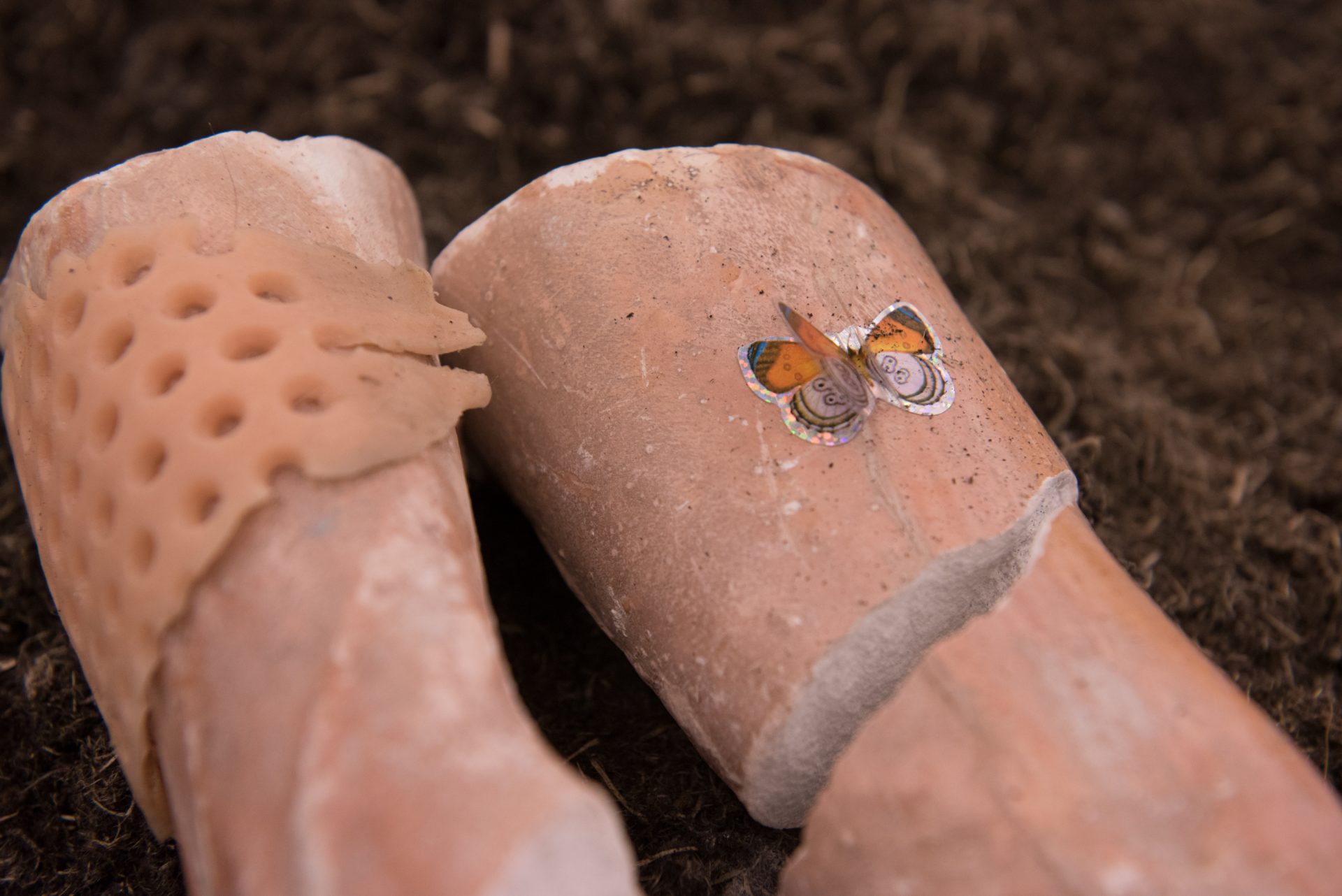 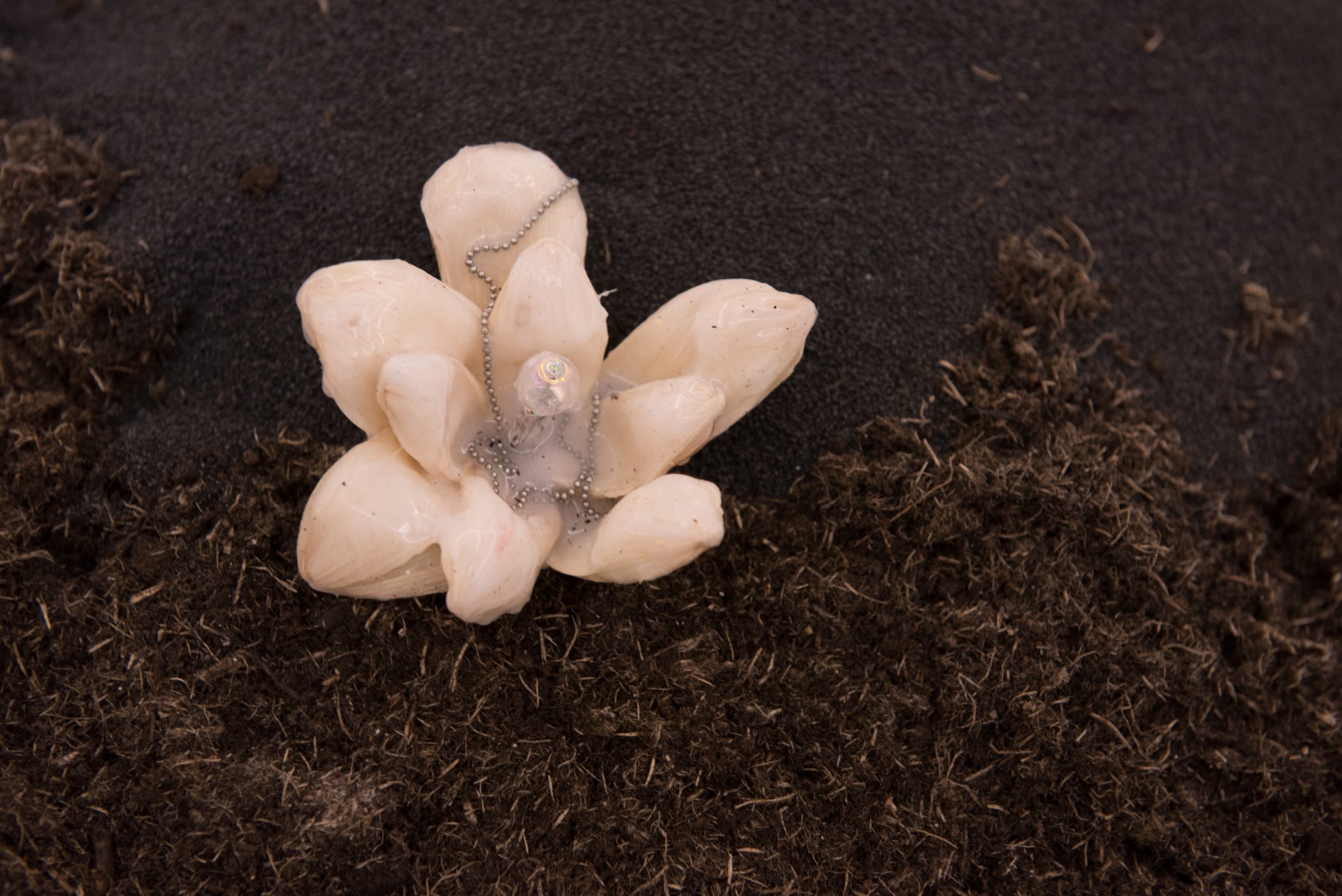 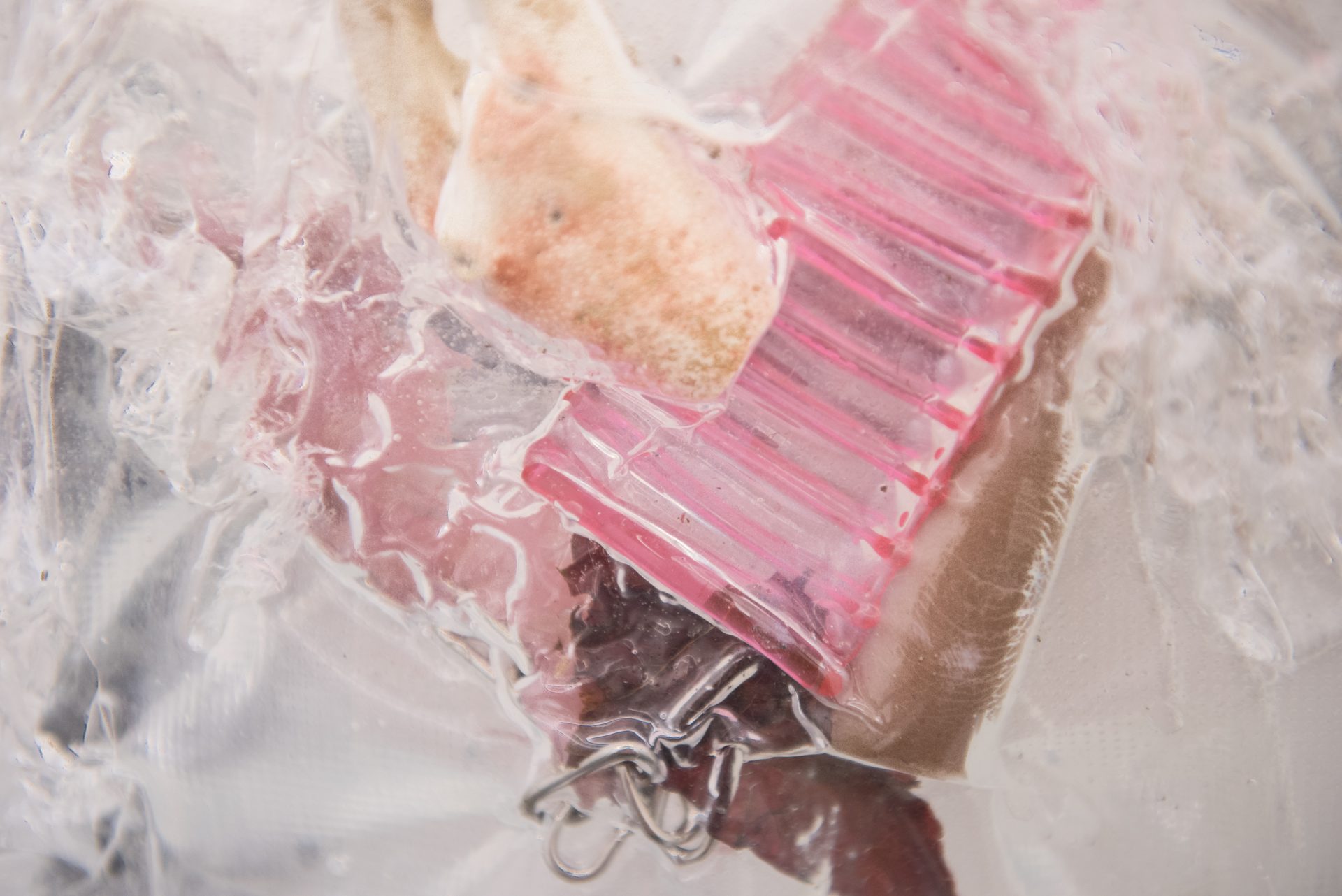 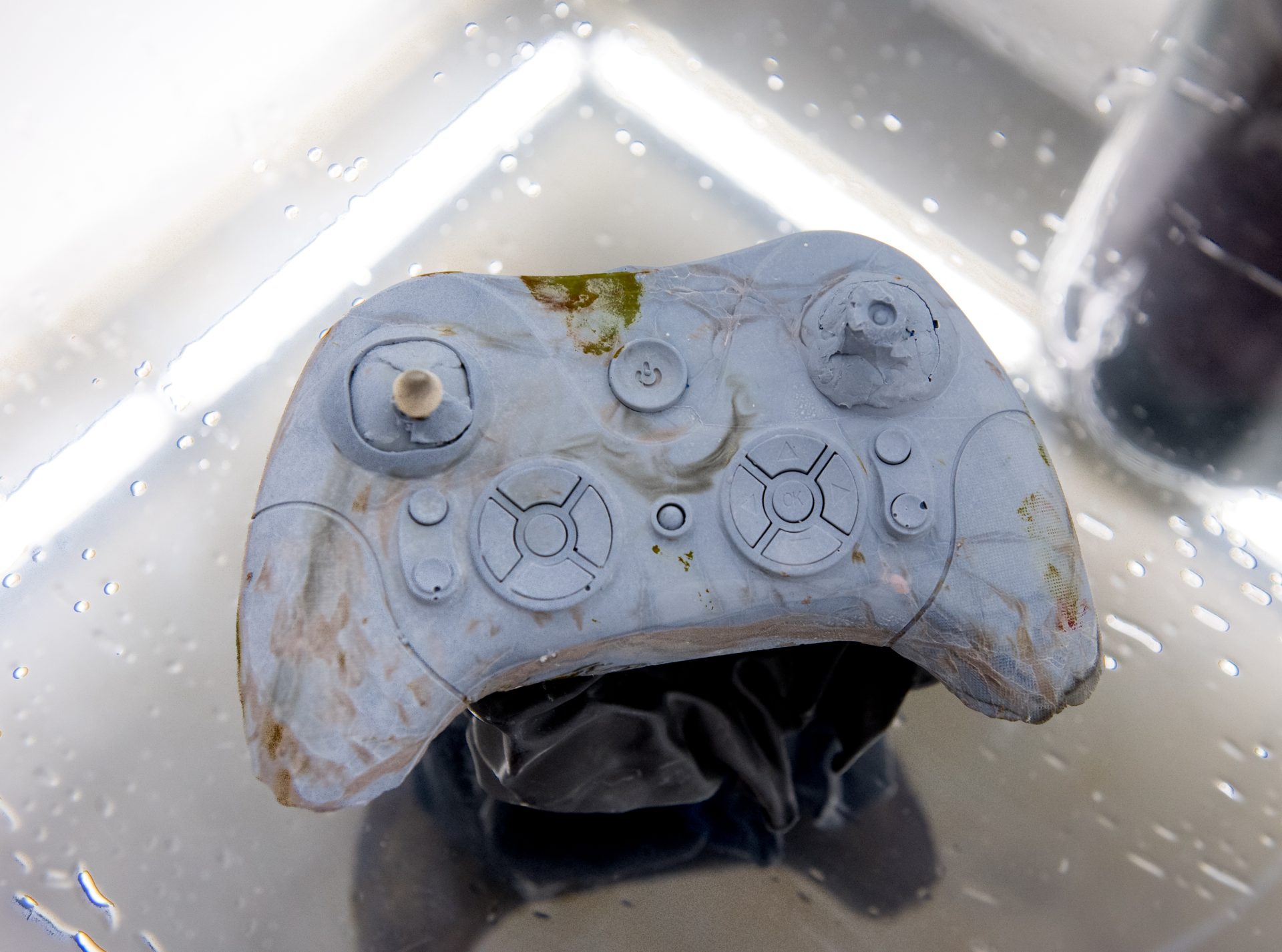 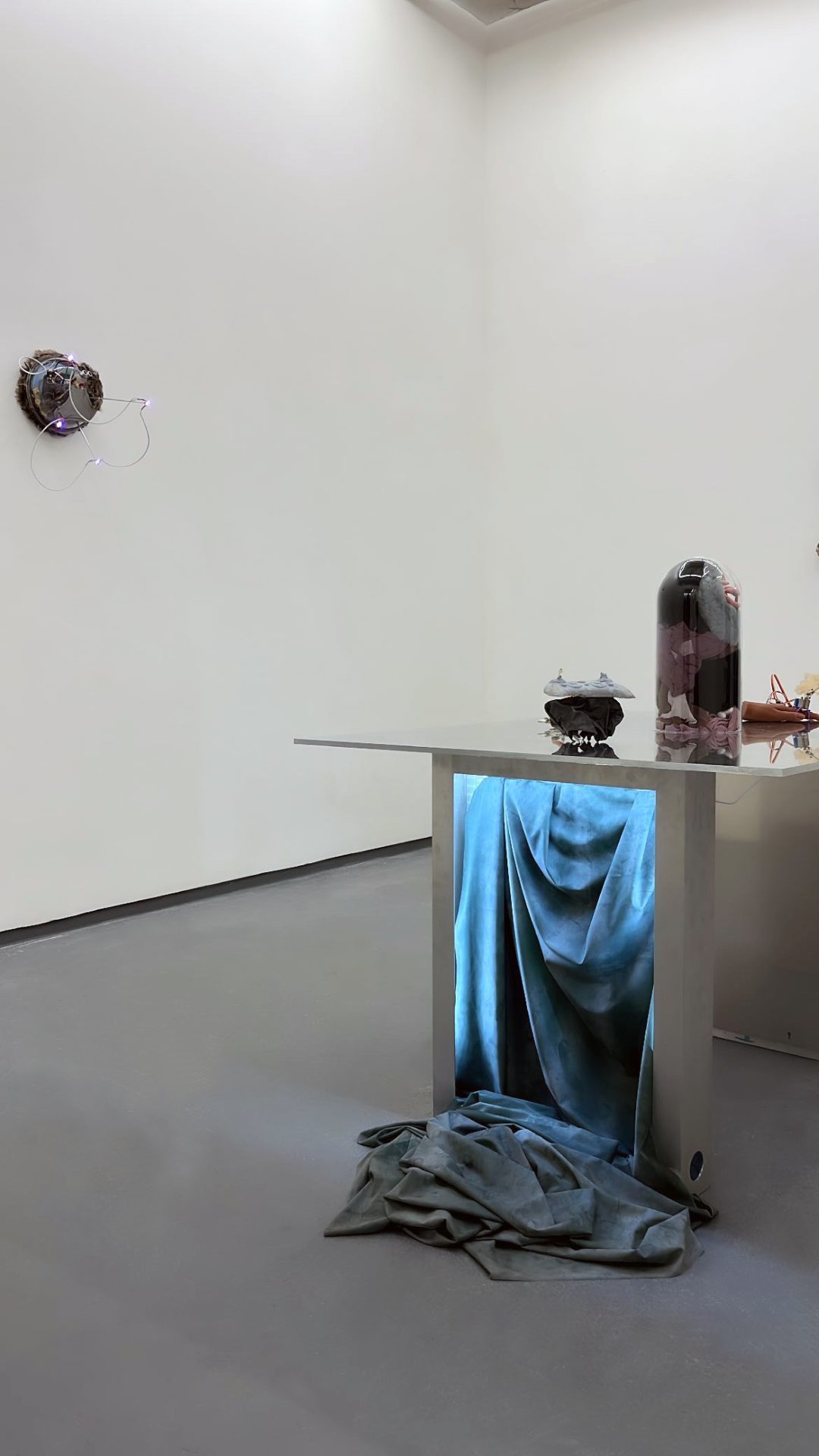 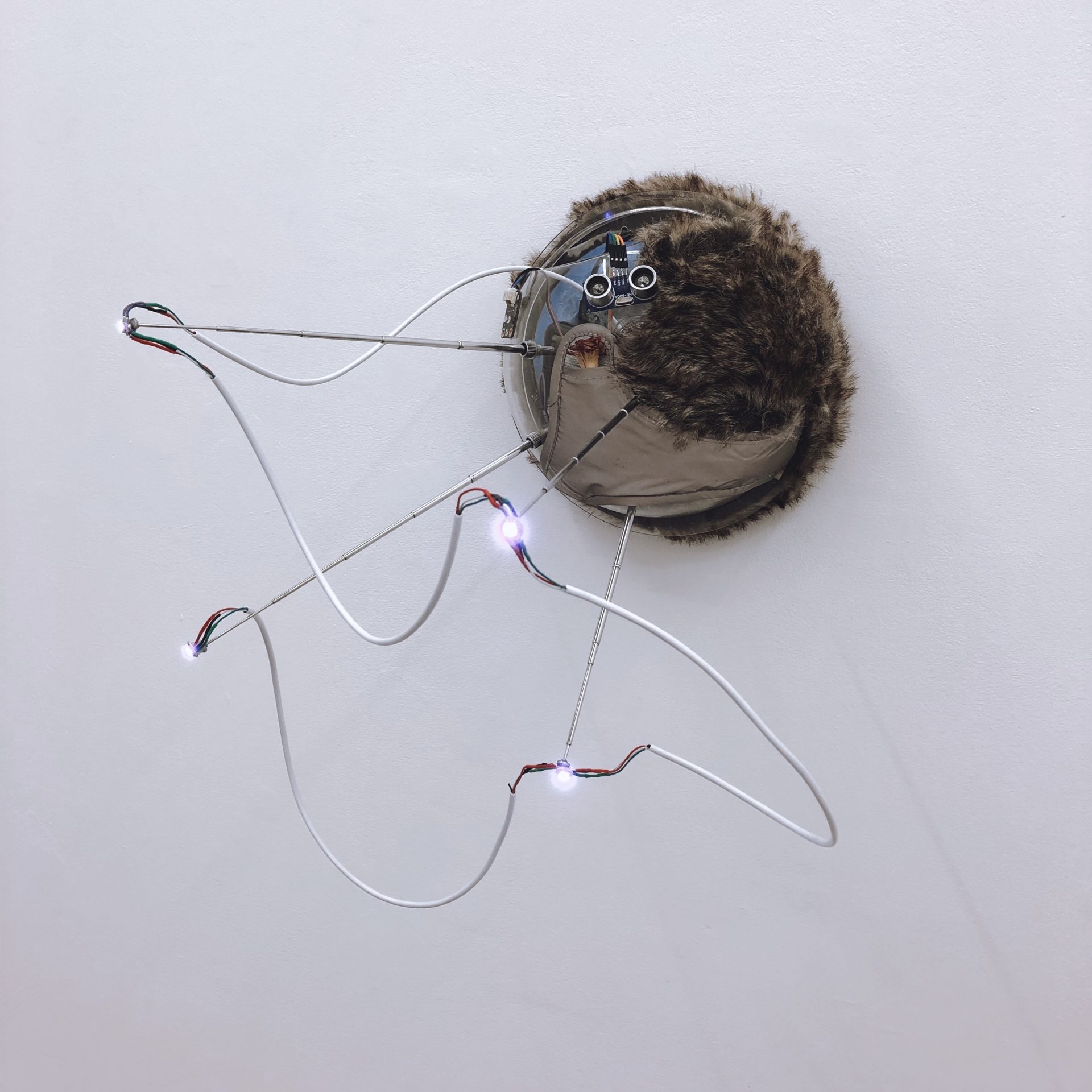