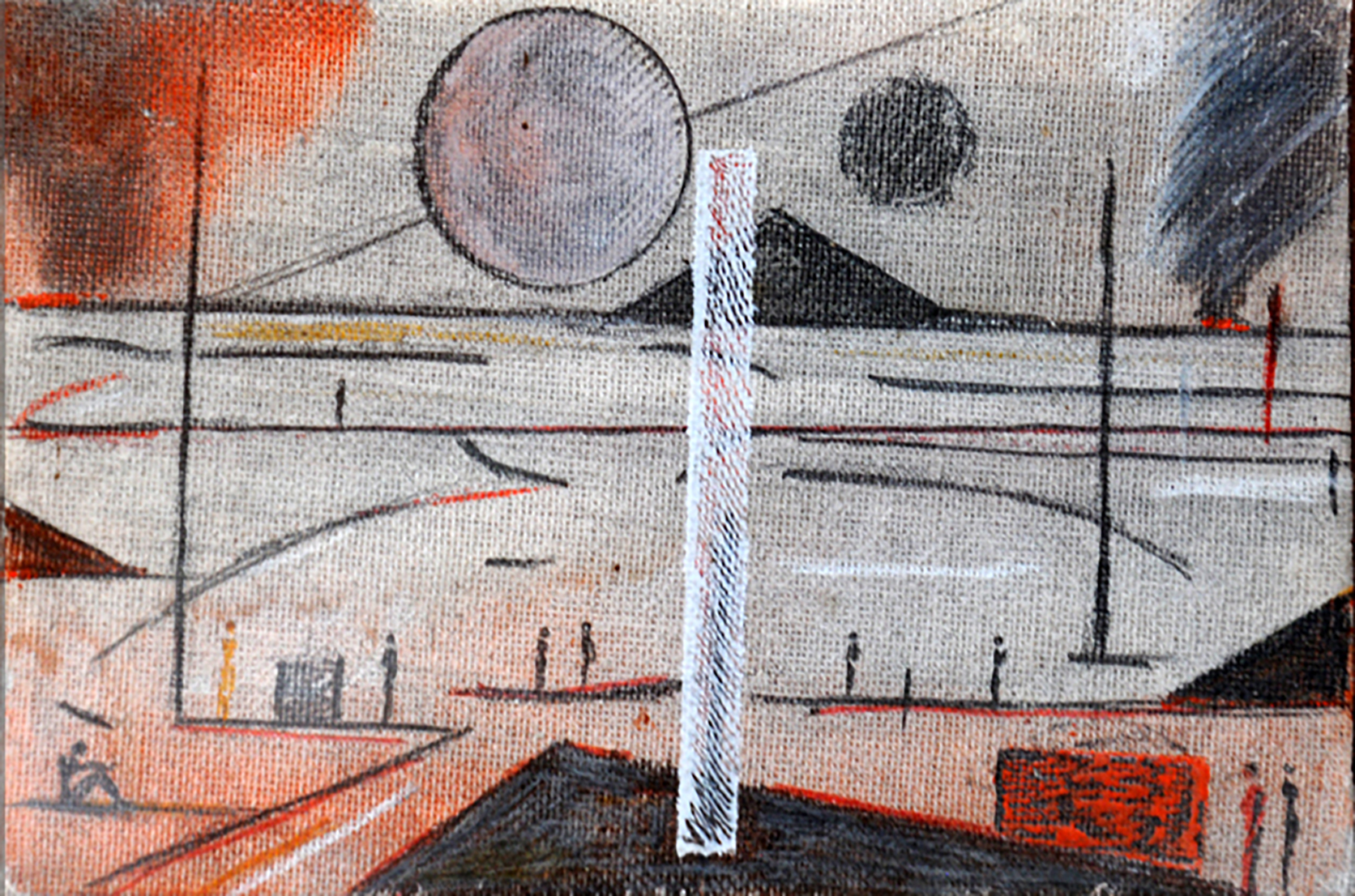 We are delighted to be able to  show a rare group of Derek Jarman works accompanied by a selection of our gallery artists. Kadie Salmon   Mat Humphrey  and James Crowther.

In his punk film Jubilee (shot 1977, released 1978), Queen Elizabeth I of England travels to the future to a bleak wasteland ruled by her twentieth-century namesake. The film featured Toyah Willcox, and Adam and the Ants. His other films include, Caravaggio 1986, featuring  Tilda Swinton, and  War Requiem (1989) which brought Laurence Olivier out of retirement for what would be his last screen performance. He also directed music videos  for various artists including Marianne Faithfull, the Smiths and the Pet Shop Boys. By the time of his 1993 film Blue, Derek Jarman was losing his sight and dying of AIDS-related complications. During the making of his film The Garden (1990), Jarman became seriously ill. His final film was the Glitterbug  made for the BBC2 programme Arena. It was br20191016_144925.jpgoadcast shortly after his death.

His work features in the collections of the Walker Art Institute; Centre Georges Pompidou; MoMA and