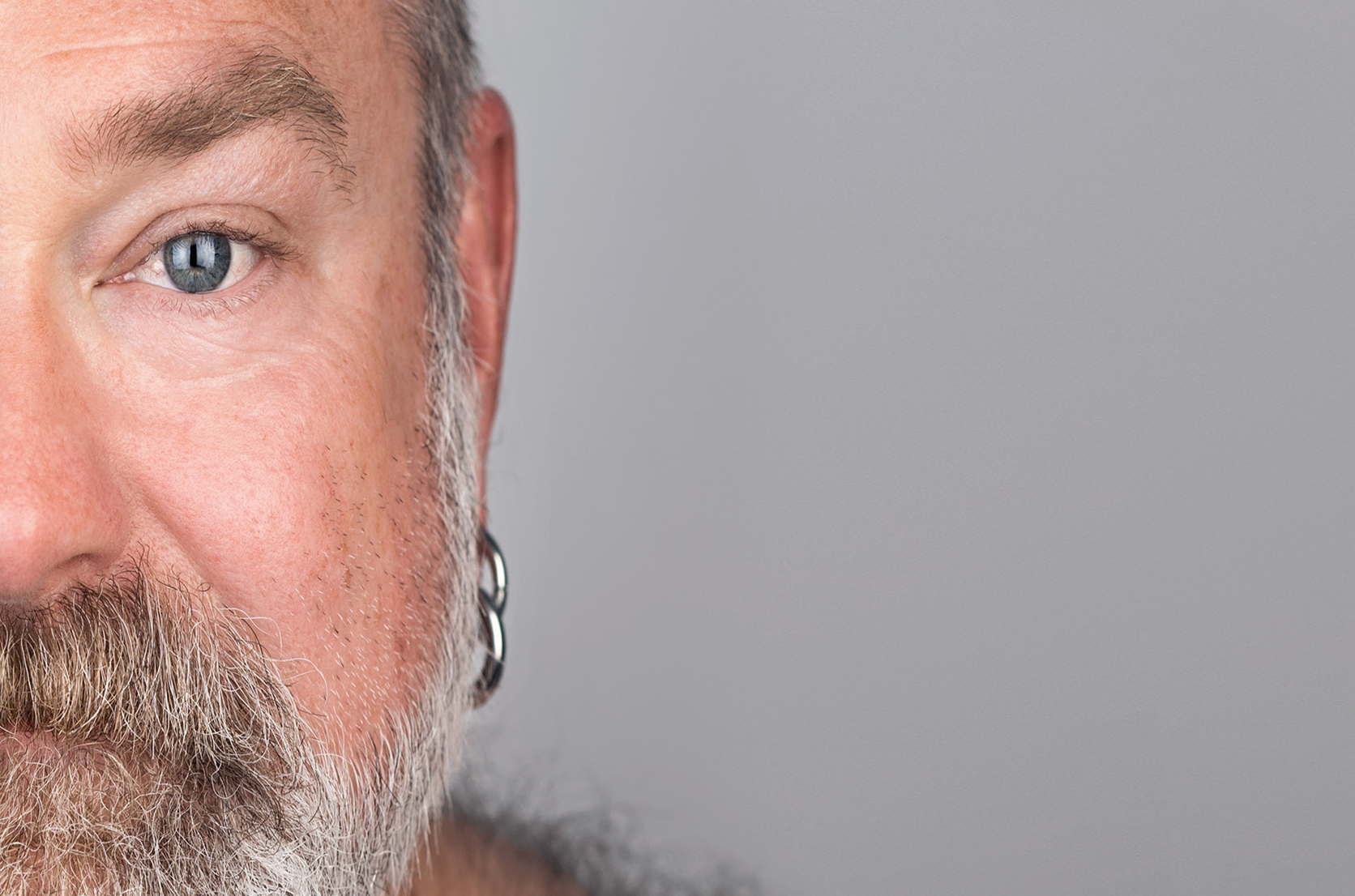 This series of photographs seeks to explore the similarities and differences in gay men of a certain age, identifying individuality in a subculture existing within the more mainstream gay culture.

All of the selected models identify themselves as gay or pansexual males and have been photographed without clothes to remove any distraction, however small personal elements to every image remain. The men have been photographed in high resolution giving an extraordinary level of detail. The resulting close-up portraits teeter between intimacy and confrontation.

Christian Trippe was born in Vienna and grew up in Germany. After completing his studies in graphic design and photography, he moved to London where he has lived and worked for the last 13 years. During this time, Christian has been developing his own art and photography projects.

Most recently he launched the ‘Cave Homo’ zine together with Luke Williams which had associated gallery shows in New York and Los Angeles. The work on display was the result of the time he spent living in New York between 2016-17 which helped him to develop and focus on his photography and pushed his creative work. During this period he also created portraits for ‘Canvas & Canere’ exhibited at Art Basel Miami in 2017 as well as taking part in the Art & Culture Festival organised by the Tom of Finland Foundation in Los Angeles.