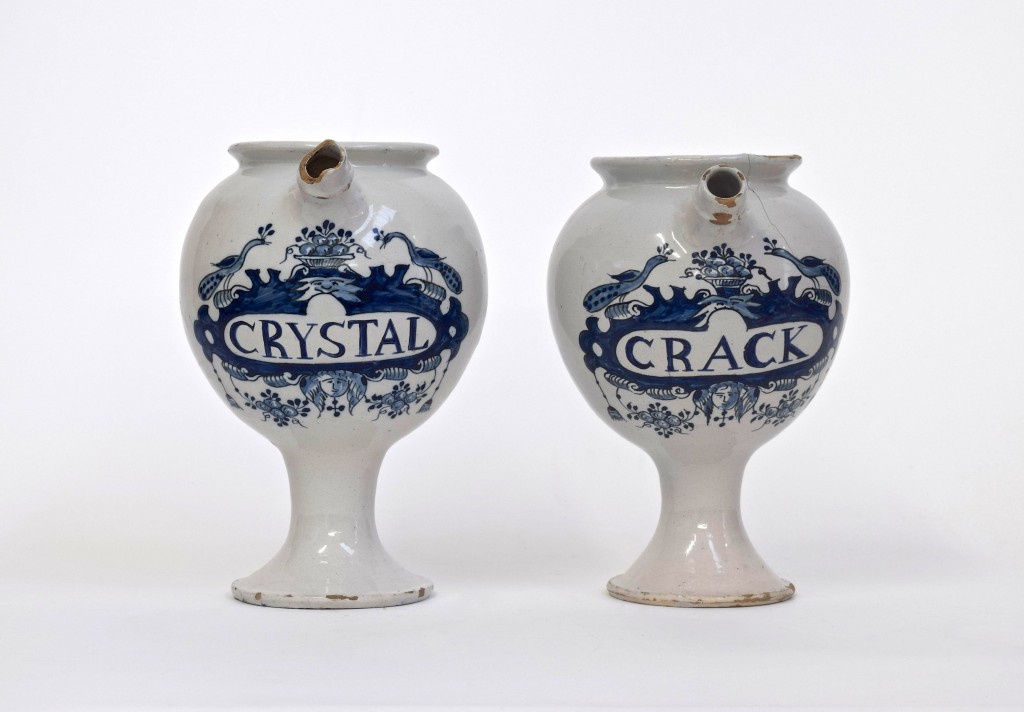 Hollandaise takes the phenomenon of Hollandmania, a unique period in the history of the Netherlands and the UK, as its starting point. The British experienced a craze for all things Dutch after the ascent to the throne of William of Orange and his wife Mary as co-sovereigns of the kingdoms of England, Scotland and Ireland in 1689, remembered by some as “the glorious revolution”. For the subsequent 50 to 100 years, there followed an intensive Dutch influence in British culture in everything from gardens and ceramics to fashion and painting.

As fitting coincidence to the completion of the Dutch EU presidency during one of the EU’s most challenging periods in its own history, Hollandaise laterally considers Dutch influence on European material culture, through tracing its history in the work of a mixed group of contemporary artists, both Dutch and not. Hollandaise is as much about Dutch influence as actual Dutch art traditions. As a ‘dialogue’ show – and a gentle reminder to the British audience with their current EU anxieties – the exhibition examines how there is a part of UK art history that is actually about being Dutch.

Lateral and impressionistic rather than heavily illustrative of the historic phenomenon, the exhibition places together works of contemporary artists that intentionally reference or coincidentally evoke Dutch cultural traditions. It’s about what residual Hollandmania in our own collective memory means and how we automatically access Dutch visual culture through complex codes and visual languages by now deeply embedded in the way we read images and the visual world. Hollandaise is far less a show “about Dutch art” – though there is definitely a lot of it included– and far more about how the eye of a supposedly Anglo-Saxon cultures reads Dutch culture absorbed into its own canon.

From paintings that reference 16th century Dutch philosophies believing observation of the natural world was a means of gaining metaphysical knowledge about humankind to those that draw upon the wealth of the medieval beguinage culture of the Low Countries amassed through the painstaking production of valuable lace in all-female religious communities. Or paintings that, though entirely contemporary in their mode, evoke the brushstrokes, palettes and shadows of Rembrandt, Van Gogh or even Mesdag, floating within a sea of influences that are equally suggestive of the very English paintings of Constable.

The Dutch Golden Age of the 17th century remains tangible as numerous influences in the art of today, present here in sculpture or even wallpaper works that deploy the globally recognisable motif of Delft blue and white. And yet, what is now seen as entirely Dutch is largely the product of influences and importation from distant lands and cultures on which Dutch trading power and mercantile wealth were founded. Other sculptures bring this to the fore by making the visual motifs of non-European culture even more immediate. There is also the reverse side of the coin: that intense anxiety at the height of the Dutch Republic’s power. That all this wealth and bounty should end, as typified by the Vanitas tradition in its various forms, still penetrates through the centuries. Here it reaches us as the burning, reflecting surface of aestheticised rupture in sculpture or photography that additionally takes in that other great Dutch invention of the period: domesticity.

Least of all, there is the endurance of more recent Dutch visual languages. The primary-coloured geometries of Mondriaan or Van Doesburg are today so assimilated into global material culture that many don’t even think about their provenance. Just as the pared-down abstractions of Schoonhoven and the Nul Group resonate both in contemporary minimalist and abstract practices. And, beyond the practices of art, these have all informed a long-held foreign cultural perception (especially in recently restricted and highly regulated societies like Britain) of a Dutch liberalism and tolerance that went beyond just thought and into societal organisation. Paintings that draw on the hippy cultures that once emanated out through Europe from liberal states like the Netherlands or those of Scandinavia. Or, it’s darker side, the titters and giggles at the tolerated sex openly for sale in Red Light districts where the brash, risqué world of commercial sex remained incongruently wrapped in a veneer of comforting domesticity. Almost a eulogy to a dystopia lost, sculptures and paintings nonetheless seem conscious of a present in which many believe that the famous (or notorious) liberal period has come to an end.

It is important to remember that on the axis of Dutch/British visual culture, for many British generations of the twentieth century, the promise of freedom in cities like Amsterdam and Rotterdam, safely beyond Nanny England’s rules, was every bit as exhilarating as the arrival of William and Mary with their Enlightenment ideals near three centuries earlier.

Mary famously had to be dragged from the palace at Het Loo and bundled onto a ship to take up her place as British monarch. History tells us that is was not only that she did not want to leave the astounding garden that she and William had built together – she acknowledged that they were bringing their gardeners with them – but rather the horror stories that she had heard about English sanitation (or the complete lack of it) that meant she wanted to stay at home in Holland.

Her historic lack of toilet humour is what brought the British gentry into the age of Enlightenment at a domestic level, something for which they were begrudgingly grateful and lampooned in the stereotype of the Dutch being obsessed with cleanliness. In turn, the Dutch society Mary left behind embraced this ‘insult’ as a badge of honour in an enduring national ‘characteristic’ that persists even today.

But, in truth, the complexity of the Dutch sensibility, in being absorbed and assimilated into the visual culture of the British Isles – and its subsequent manifestations in its colonies – frequently relies on implicit contradiction. Clean lines and dirty sex. Liberal politics and commercial exploitation. Class mobility and unspoken religious prejudice. Enlightenment and the loss of folk tradition.

In the current work of many contemporary Dutch artists, questioning the foreign perception and self-image of received Dutch identity has come to the fore in the last few decades in a way that was largely absent in the long post-WWII liberal period. Unlike the UK, where many of the more interesting contemporary artists were actively engaged in interrogating the nation’s colonial past and present social prejudices from the 1960s onwards, the Netherlands by contrast was held up as almost an ideal state, both abroad and at home. And at times, one even got the feeling that Dutch artists had little to question about the society that, compared with elsewhere, liberally funded their practices. Interesting then that, arguably for the first time since the original Hollandmania, contemporary artists on both sides of the North Sea appear to be much more likely to be communicating in the same languages; visual, political or formal. Is this simply a product of globalisation? Or, can we trace it back to the original period of intensive exchange and dialogue of the 18th century.