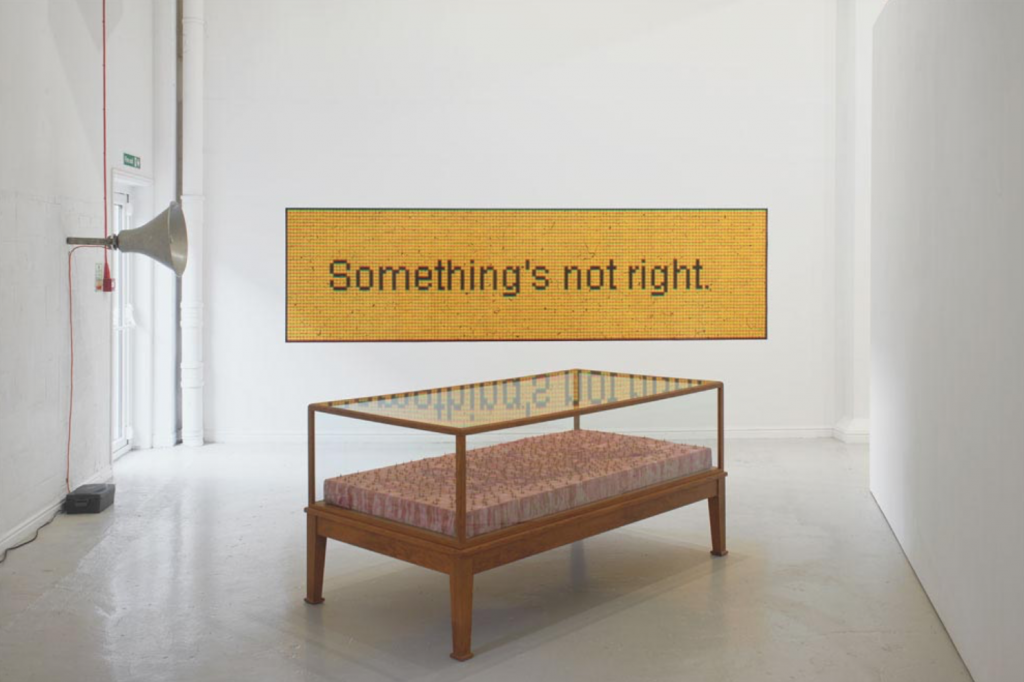 Saturday 27 April
2:30 – 5:00
Launch of The Ghost Tide catalogue
The Ghost Tide was curated by Monika Bobinska and Sarah Sparkes, as part of Sparkes visual arts and creative research project GHost. the exhibition features over 30 international artists and took place at  Thames-side Studios Gallery in the autumn of 2018.  The Ghost Tide was was supported using public funding by Arts Council England.

The Ghost Tide – coinciding with the festivals of Hallowe’en, All Souls and the Day of the Dead – takes as its starting point the perspective that ghosts exist as an idea, or as part of a belief system, across cultures, across national borders and throughout recorded history. Most languages contain words to describe the ghost, spirit or immaterial part of a deceased person. Often, these words – like the type of ghost they describe – have traversed borders and been assimilated across cultures.
The exhibition, situated next to the Thames Barrier in South-East London, evokes ghosts as a migratory tide, washed up along the shore of the Thames their historical baggage in tow. It also explores the presence of artists in this part of London, as a migratory tide of creative flotsam and jetsam which ebbs and flows as the city gentrifies and develops.

Featured works include sculpture, installation, film, sound, performance and wall based works. The exhibition will include installations and outdoor interventions, as well as public events. The Ghost Tide features works by over 30 UK and international artists.

About the Curators:
Monika Bobinska is the director of CANAL, which organizes exhibitions and art projects in a variety of settings. She is the founder of the North Devon Artist Residency.
Sarah Sparkes is an artist and curator. She leads the visual arts and creative research project GHost (initiated in 2008), curating an on-going programme of exhibitions, performances and inter-disciplinary seminars interrogating the idea of the ghost.