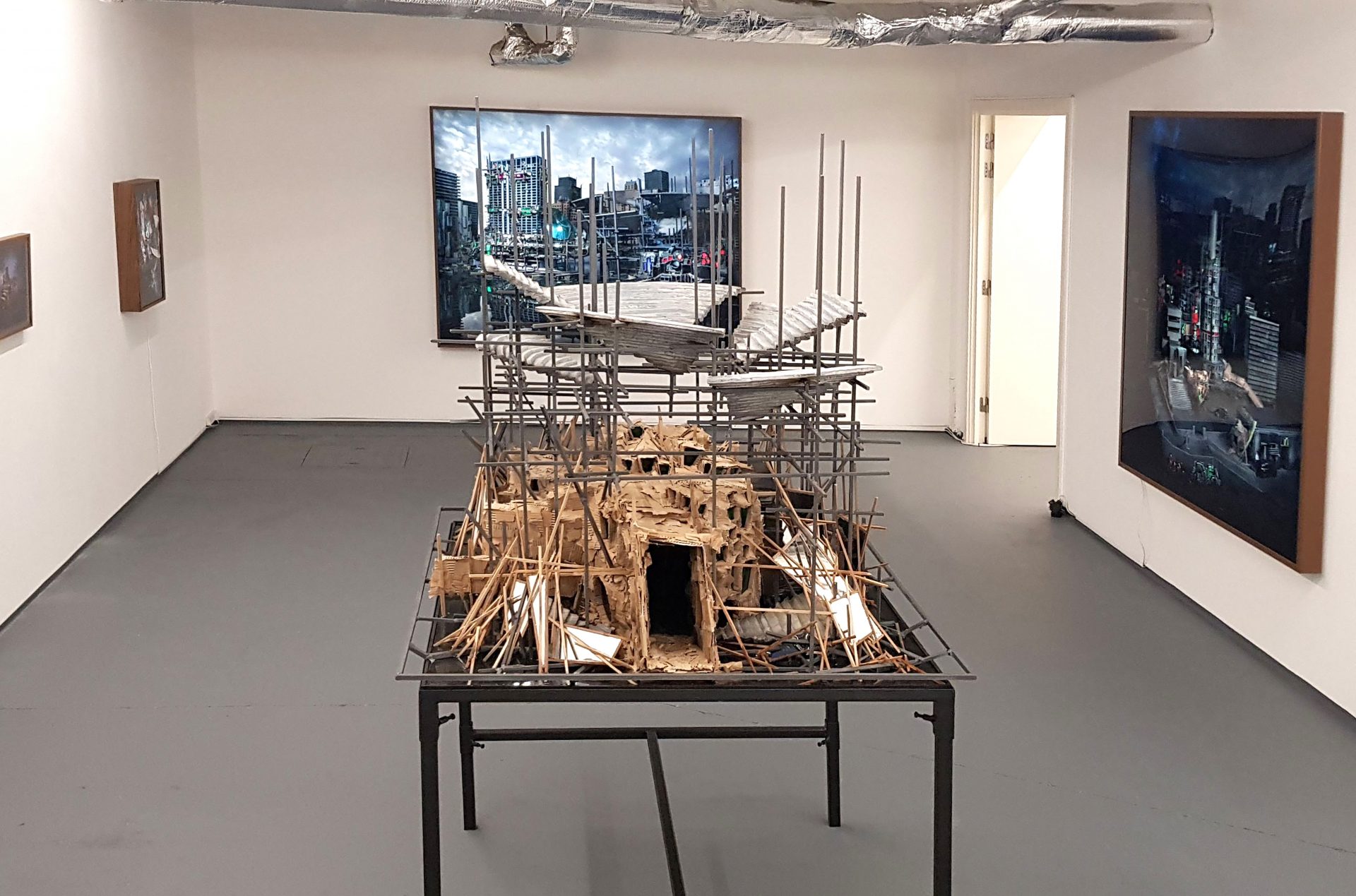 This exhibition is the first solo-show of Voerman’s work in 14 years in the UK. Previously Voerman has exhibitions at the Architectural Association London and at Rhodes + Mann. His new exhibition includes new works, sculptures, prints, photo-works and light-boxes.

As an artist Rob Voerman focuses on a dialog between architecture, power and nature while making a strong connection with the history of utopian thinking and ideas. His work and its political and social components both act on and reflect on the main ecological challenges of our time and society. By placing his work at the heart of society and in the present, he hopes his work can serve as a source of change – no matter how small.

In this show Voerman explores the idea that we live in a time marked by the dangers of a possible breakdown of society as we know it. He examines collapsing democracies and the new power-structures that are currently weakening our existing social- and political structures. The exhibition refers to current political events: Brexit, The EU, Trump, Bolsonaro and the media- and to the social-media-landscape that is connected and influencing our political discourse and recent election results.

Made especially for this show is a series of dystopian light boxes constructed showing views from places of power that examine the contemporary cityscape, money, status and dominance. These will be shown alongside a major new sculpture.

His recent installations and pavilions are places to meet and to hold debates.

For Sonsbeek 2016 (NL), curated by collective Ruangrupa (Djakarta), he built ‘The Exchange’, an installation that functioned as a bank where newly designed money was dispatched to visitors. This currency connected the financial world to ecology as a proposal for a fundamental system of change. The money generated by this bank was donated to the great nature conservation project Masarang in Borneo and Sulawesi Indonesia.

In 2020 Voerman will stage new projects in Reutlingen, Popfestival Lowland and museum De Fundatie in The Netherlands and in the middle east.

ROB VOERMANN – COLONY explore the exhibition in this short film 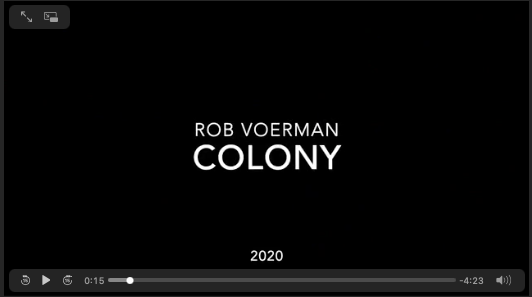 In these unprecedented times, the gallery wishes to continue to engage with critical debate surrounding the work we love and the exhibitions and artists we seek to support. For this publication we are indebted to Bill Arning for his insightful essay, to Christian Trippe for his installation photography and to CHK design for the design of this book and the design of our forthcoming series of books. We could also like to thank The Dutch Embassy of the Kingdom of the Netherlands and Roel van de Ven, the Head of Culture, for their exceptional support of this project.